Home > News > The confusion around how cyclones are na...

The confusion around how cyclones are named 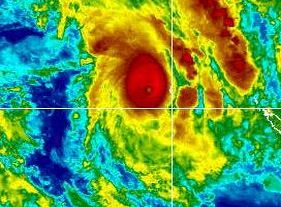 It’s not easy trying to figure out what the next name of a cyclone is going to be in our part of the world.  This is due to the fact that we don’t have one governing body for tropical storms, unlike America.

All hurricanes or tropical storms that form around North and Central America are named by the National Hurricane Centre in America.  It’s a very basic list of names – one for the Atlantic, another list for the Pacific and both lists start from the letter A each year.

In the Australian region there are 5 different warning centres that look after the forecasting and tracking of tropical cyclones – although 3 of those centres are part of Australia’s Bureau of Meteorology.

Then you have Fiji that names and tracks storms that form east of 160E.  This is the line that runs roughly just to the right of the middle of the Tasman Sea.

To make matters even more confusing, Fiji only solely looks after tropical storms that form north of 25S (this is the line that runs west to east about halfway between New Caledonia and Norfolk Island).

If a depression were to suddenly turn into a tropical storm south of 25S it is named by MetService in conjunction with Fiji.  MetService would then monitor it, but don’t provide the same tracking services as Fiji and Australia (probably because it rarely happens).

It can be especially difficult for the news media to track tropical cyclones north west of New Zealand especially if they are slow moving and hovering around 160E.  In the past some storms have gone back and forth a number of times between Fijian and Australian monitoring.

However once a storm is named it retains its name, no matter which authority is monitoring it.

The naming of storms is also very different in Australiasia.  The Australian region has a list that goes male, female, regardless of year.  Fiji runs a similar operation however the names are a mixture of male and female in no particular order or evenness.

At the start of the cyclone season the list picks up where it left off at the end of the last cyclone season, unlike the US system which starts at A every year.

WeatherWatch.co.nz combines all the information from the various Tropical Cyclone Warning Centres and pulls it all in to one easy to read source right here.  We monitor the progress and developments of tropical storms in Australia, Fiji and New Zealand warning centre regions with data also from the Joint Typhoon Warning Centre.

Our main focus is on tropical storms that form and exist within the same border of the satellite map to the right of this article.

Naming and tracking confusion aside, WeatherWatch.co.nz praises the efforts by the meteorological teams particularly in Australia and Fiji who monitor and track active tropical storms.  They provide an essential service to the South West Pacific region.

That’s a much easier to digest explanation than the Wikipedia article! Thanks 🙂