The challenging aspects of snow 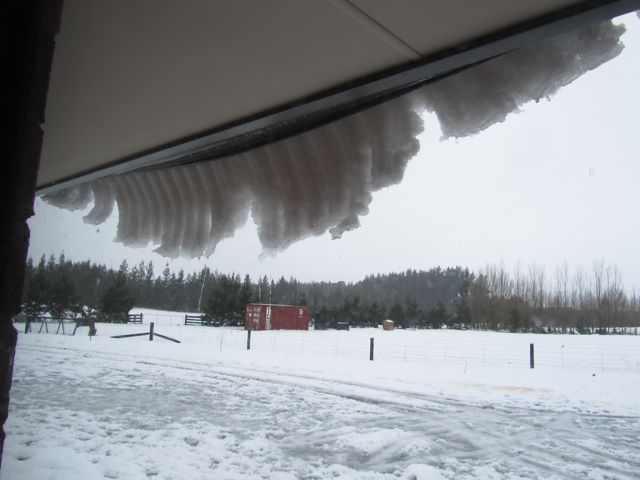 The snow has caused much delight up and down the country in recent days but for a few it’s been tough going.

In quake affected Christchurch some residents have lost power at times, portable toilets have been blown over and icy and snowy roads have seen many house bound.

The Salvation Army have given a helping hand by delivering gas heaters for locals struggling with the cold and also emergency food supplies for some who have next to nothing in the pantry.

Farmers in the main have fared well with livestock as there was enough preparation time to get organised and also the lambing season isn’t yet fully underway, so the timing has been a blessing for most.
Snow drifts in inland parts of Otago and Canterbury have been approaching the one metre mark in worst cases however a gradual thaw should start to get underway soon, as the worst of the wintry blast in the south appears to be moving on.

A few Wellingtonians were sick of the sight of snow in the Capital as it made for tough going for commuters last night, with some delays and cancellations causing problems and also the snow saw the closure of Wellington airport at one stage.Icy conditions on top of frozen snow this morning is a potential issue for workers and those wanting to get to school this morning.

New Zealand hasn’t encountered such a widespread snow event for many decades and some centres have seen snow for the first time in many years and temperatures at all time lows with Queenstown surprisingly in amongst it.
The tourist town has seen its heaviest falls for almost 50 years with temperatures barely making it above freezing, now icy and frosty conditions are the next concern.

Skifields have benefitted greatly from the polar blast with some good top ups recorded but snow has choked many access roads as well as alpine passes so patience is the key for some operators and skiers.
Conditions are beginning to ease and clear in the south and the slopes are looking more enticing with a few fields beginning to open today.

I disagree with the comment livestock have come thriugh this well . lambing may be a month away down south  ,but calving in south Taranaki ( and south Island ) is in full swing . heavy calf losses , and the effects on cows will be felt over the rest of the season , either in production ,or reproduction .

The planning for snow , you can only do so much . We still have to feed the stock everyday regardless of the weather . On large  sheep farms , they may be able to move stock to more settled areas of the farm probably at a lower attitude ,but dairy farms usually dont have a range of attitude ,with Dairy farms being more compact .Some  areas in south taranaki havent had snow in living memory .The locals say that the July snowfall was the largest in their life time ,and we got 4 inchs . this time we got 7-8 inchs at approx 300 metres.

I enjoy your website ,and look forward to the taranaki forecast . As with lots of places the south  is a lot different to the north of the taranaki, weather wise .