The big Picture on Monday 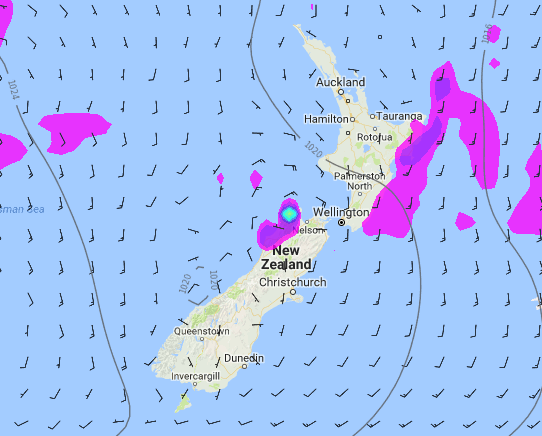 A ridge lies over New Zealand on Monday spreading out from a large anticyclone in the Tasman Sea bringing a mainly settled day.

For the upper and western North Island expect a mix of sun and cloud with light winds and afternoon sea breezes, low risk of an isolated shower late afternoon / evening for some otherwise a mainly dry day in store.

For the east coast skies are cloudier with cool southerlies, perhaps a light shower or two for much of the day.

The West Coast of the South Island is mainly sunny about South Westland however North Westland sees cloudier skies, a few showers at times north of about Greymouth and for Buller. Winds are light tending west to northwest in the afternoon. Nelson sees cloudy areas, risk of a shower mainly early morning then again late afternoon / evening, mainly inland. Marlborough sees morning cloud break to sunny spells, winds from the east or southeast. Canterbury has a mainly cloudy day although some sun may break through near the coast from afternoon, perhaps some morning drizzle, winds from the south mostly.

Southland and Otago have mainly sunny weather after any morning cloud breaks away, light winds in the morning then afternoon sea breezes.