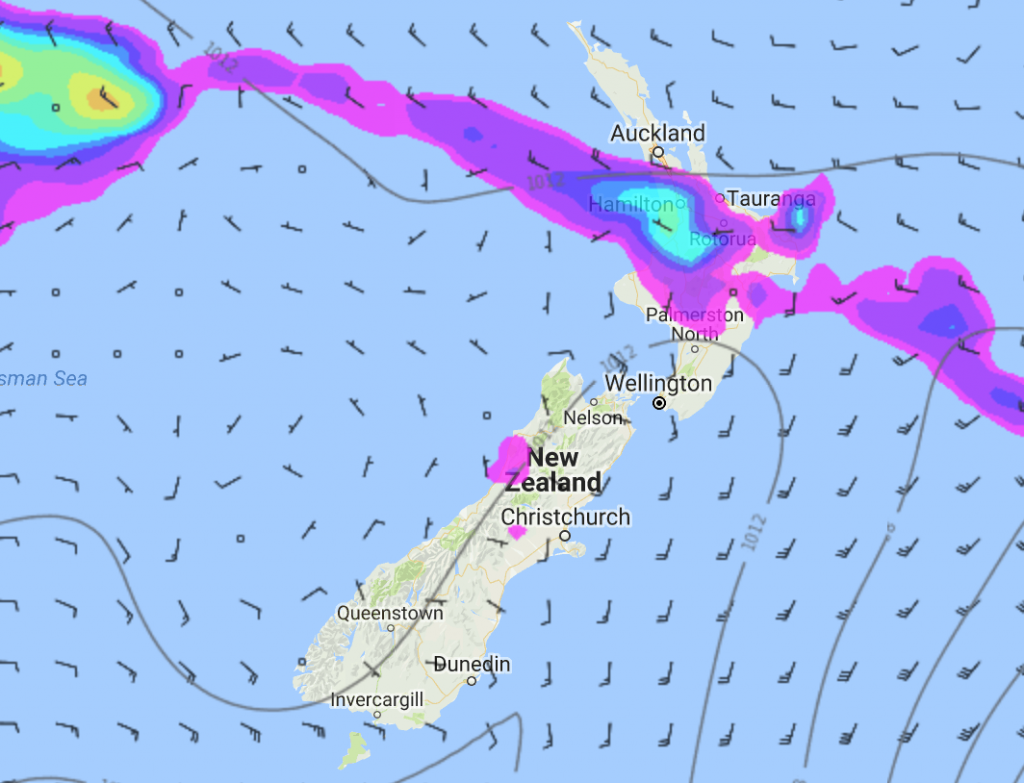 A weakening front pushes over the North Island on Monday while anticyclonic conditions cover the rest of New Zealand. Anticyclones don’t always mean sunny weather and this will be the case for some tomorrow.

For the upper North Island we see mostly cloudy skies with west to northwesterly winds, some sun at times more so about Northland. A few showers move into the Waikato around midday then push further north during the afternoon, showers ease and clear later in the day. Showers may be fairly brief for some. Northland stays mainly dry.

Cool southerlies for the east of the South Island, mostly cloudy skies with the odd drizzle patch, many dry areas also. Winds tend to the east or northeast in the evening. Morning cloud with the risk of a light shower along the West Coast, a few afternoon sunny spells for a time before cloud thickens again in the evening with some drizzle returning then rain overnight.

For our main centres feel free to check out our detailed forecasts at weatherwatch.co.nz, other centres across New Zealand can be seen by using our search function on the home page.