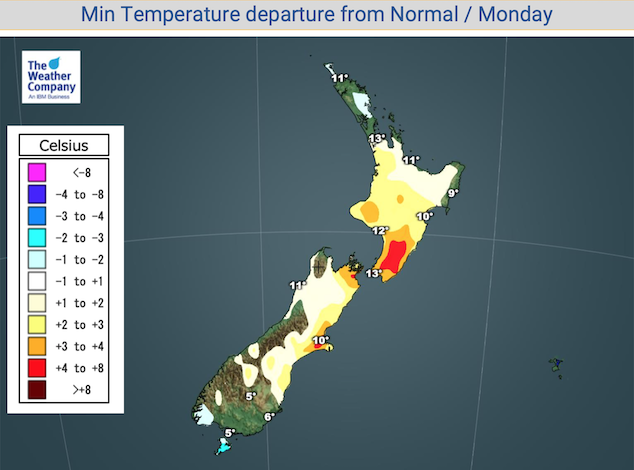 Fairly breezy westerly quarter winds keep temperatures warmer than average for most of New Zealand tonight. Where rain is falling tonight along the West Coast and about Southland at times temperatures are fairly normal for the time of year. North of Auckland experiences mostly normal temperatures also.

Strong west to northwest winds continue on Tuesday, this does bring warmer than average temperatures to eastern regions however they aren’t overly warm due to a fairly cold upper atmosphere influencing surface highs. This is especially true for the eastern South Island.

A cold southwest change does move up the east coast of the South Island during the day. Tomorrows high goes to Hawkes Bay with temperatures likely to get into the early 20’s. Invercargill is the coldest on 9.