Temperature trends – Warm in the west and north on Tuesday 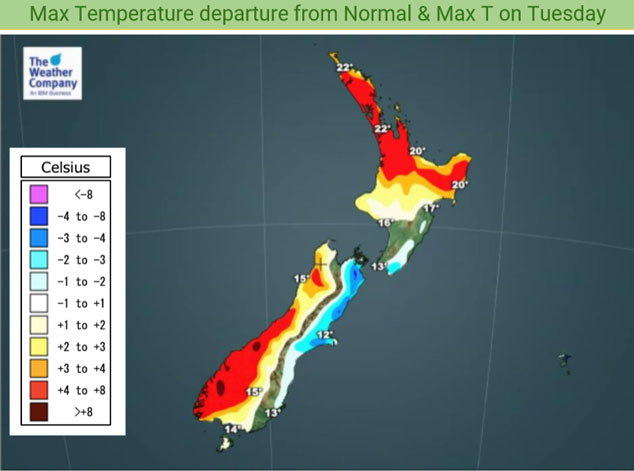 A front lies over central New Zealand on Tuesday, trailing this front is an easing southerly quarter airflow and this shows with cool temperatures tomorrow for eastern parts of the South Island. North of about Hawkes Bay temperatures warm up in the east. The upper North Island has a generally settled day but expect a few areas of cloud, warm afternoon temperatures getting into the low twenties for most. The West Coast of the South Island, especially about South Westland has warm weather due to a southeasterly airflow.

Tomorrow’s coolest highs will likely be about Dunedin through to Wellington around 13 degrees.

The warmest overnight lows will be about Bay Of Plenty through to Northland getting down to between 14 to 15 degrees.