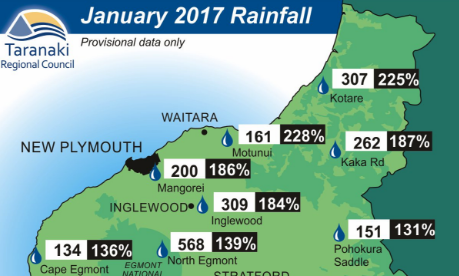 If you live in Taranaki and think it’s been wet so far this year then you’re right. Figures just released by Taranaki Regional Council show the rain has been falling more than usual across the North Island region.

New Plymouth has had 186% above their normal rainfall for January with 200mm recorded.

Patea in the south of the region has had 206% of its normal January rainfall at 127mm.

Of the 15 weather stations the council monitors every single one of them has had above average rainfall, with some in the north of the region receiving 228% more than their usual January total.

Thanks to Taranaki Regional Council (Follow them on Twitter here twitter.com/TaranakiRC) – we encourage more councils around New Zealand to do this, it’s useful information! 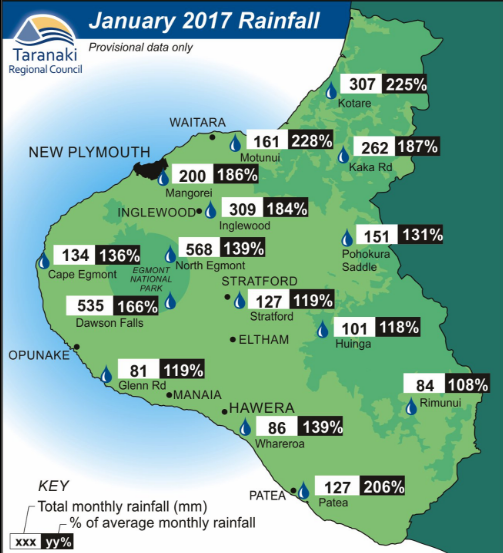 – WeatherWatch.co.nz with graphic and data via Taranaki Regional Council