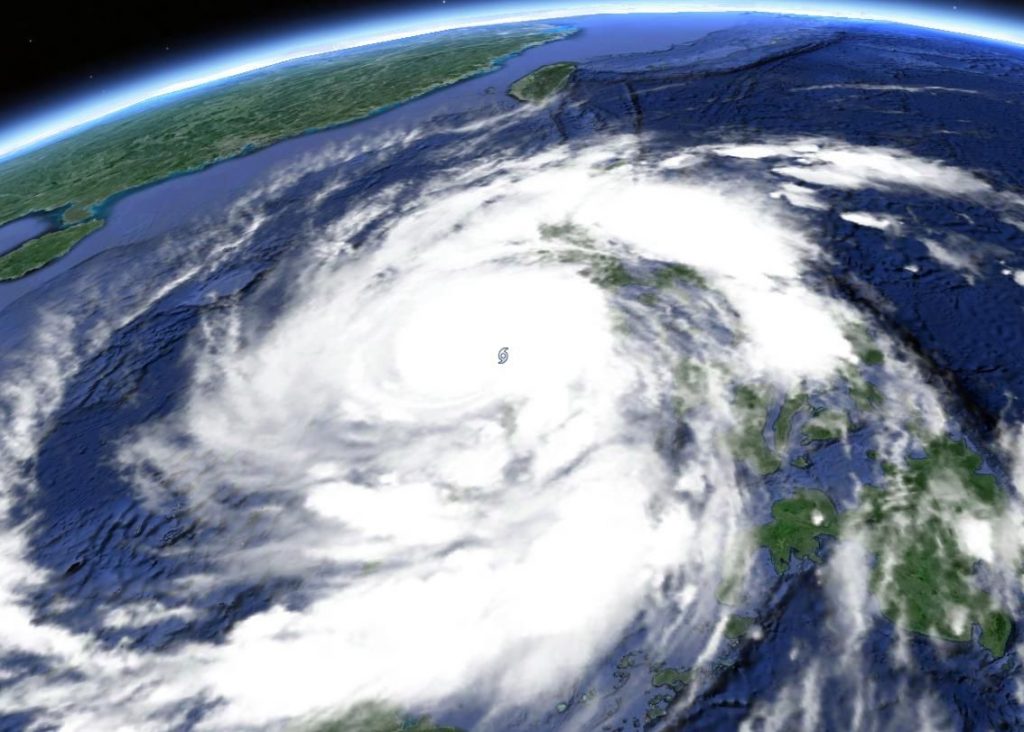 It roared onto the country’s eastern island of Samar at 4:30 a.m., flooding streets and knocking out power and communications in many areas of the region of Eastern Visayas, and then continued its march, barreling into five other Philippine islands as it moved across the archipelago.

The state-run Philippines News Agency, citing unconfirmed TV reports, said “around 20” people drowned after a storm surge struck Friday morning in Palo, a town on the island of Leyte, which abuts Samar.

“Most of the fatalities sustained massive injuries in the head and upper part of the body, indicative that strong waves dashed them against hard objects,” it reported, adding that nine of the dead were minors.

Experts predicted the casualty toll would soar once aid workers get to the hardest-hit areas.

About 125,000 people took refuge in evacuation centers, and hundreds of flights were canceled.

With sustained winds of 315 kph (195 mph) and gusts as strong as 380 kph (235 mph), Haiyan may be the strongest tropical cyclone to hit land anywhere in recorded history. It will take further analysis after the storm passes to establish whether it is a record.

Its speed — westward at 41 kph (25 mph) — meant the worst was over quickly. But the damage was still severe. “About 90% of the infrastructure and establishments were heavily damaged,” Gwendolyn Pang, the secretary general of the Philippine National Red Cross, told CNNI.

About 25 areas were hit, she said, adding that assessment teams were prepared to enter the stricken areas as soon as conditions allowed.

But they cannot do it alone, she said: “We will be definitely needing more support for this one.”

She said floodwater was as high as 10 feet in some areas.

Maryann Zamora, a field communications specialist for the charity World Vision, said her organization “has been working through so many disasters, so many typhoons — but this is quite different.”

“This is the strongest I ever felt so far,” she said by phone from the island of Cebu.