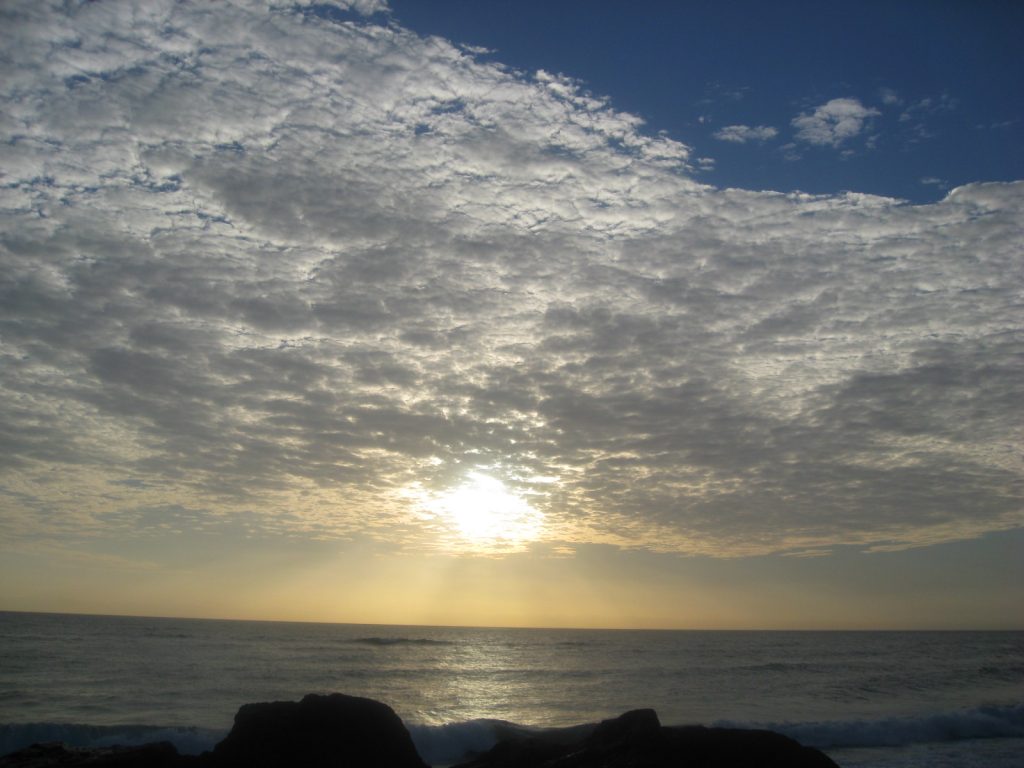 Most of the country saw the sun over the weekend with pleasant afternoon but cold nights with some hard frosts.

As of later today but more likely tomorrow, it looks as if it’s all about to change, as we get some boisterous visitors (in terms of fronts over the next few days) from the Tasman sea.

Eastern areas should get the most shelter this week as a lot of the weather is coming in from the west but those vulnerable to this wind direction are likely to see some showers or rain, which maybe heavy at times, accompanied by blustery winds.

On the plus side, overnight lows shouldn’t be as chilly as we saw over the weekend and if you’re in between Gisborne and Dunedin or also in the north, maximums during the day could be warmer than usual as the winds cross the divide and heat up a little.

Some frosts have formed overnight, heavy again in places but are expected to quickly thaw as milder air slowly advances across the nation today.