Sunny in both islands – Situation & outlook for Wednesday 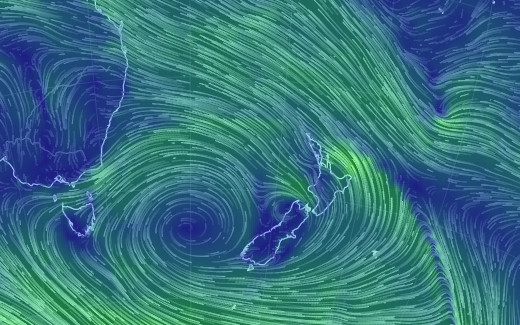 We have an anticyclone in the south while a predominantly easterly airflow dominates the situation in the North Island – with similar results for both.

The aforementioned anticyclone brings mostly sunny weather to all, with light winds in the morning and afternoon sea breezes.
Along the east coast in the afternoon, especially coastal North Otago and Canterbury, east to northeast winds will get fairly gusty in the afternoon – then ease later in the evening.

The North Island sits under a east to southeasterly airflow, with cloudy periods along the East Coast, and the odd drizzle patch possible about Gisborne.
Mostly sunny in the west.

Northland and Coromandel will likely see cloudy periods for much of the day, there’s a low risk of a light shower in these areas too – otherwise mainly dry.