Home > News > Sunny and settled for most, some cloud i...

Sunny and settled for most, some cloud in the west of the SI 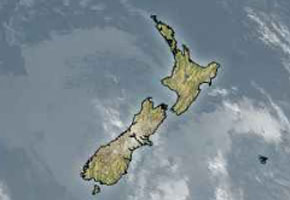 Today is really putting it on for most across New Zealand, sunny settled weather with light winds. There is a bit of a breeze about Invercargill though coming in from the west, and Auckland has a southwesterly coming in off the Tasman Sea however it still looks like a great day in our largest city.

Cloudy areas are tinkering along the West Coast of the South Island so not very sunny there although if one were to travel just inland to the likes of Lake Brunner I would imagine skies would be clear and the air warm.

Tomorrow looks like great weather also for most although a front will be working it’s way north over the South Island bringing some rain to Fiordland and drizzle patches later elsewhere along the east coast.