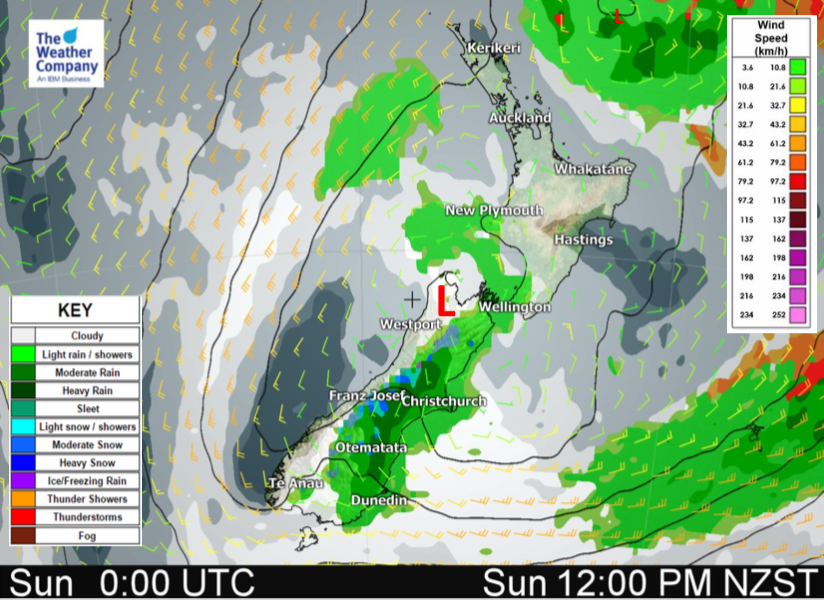 Low pressure remains over the country with a centre near Nelson and a larger centre spreading out to the north east of the North Island.

The clockwise flow means subtropical moisture-rich air will be pulled down east of NZ then curves around and in to the eastern South Island with heavy rain and snow possible.

NORTH ISLAND:
Light winds or light westerlies over the country. A few showers in the west. In the south of the island rain may set in around Wellington, Wairarapa and other southern regions for a time. Dry elsewhere with sunny spells. Average to slightly warmer than average today.
Highs: 11 to 17

SOUTH ISLAND:
Rain or showers in the east of the island as far south as Otago and pushing inland with some heavy falls. Heavy snow in the mountains, especially higher up. Dry in Southland and the West Coast. Much warmer than average on the West Coast. Rain in Marlborough at times with showers making it over into the eastern side of Nelson possibly. East to SE winds.
Highs: 8 to 14