Sunday’s national forecast – Highs into the 30s today in both islands, but not for all 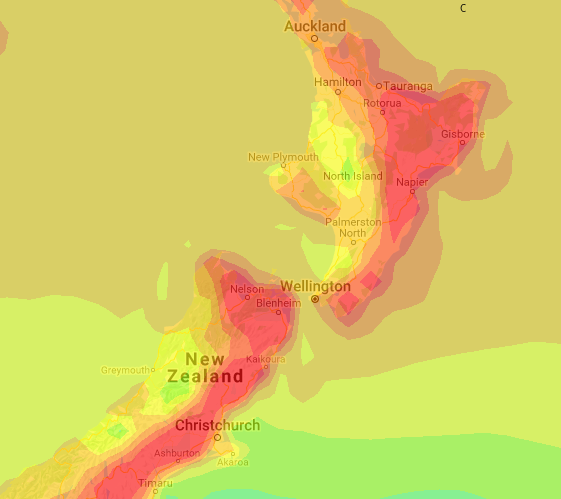 A mostly settled day across New Zealand but still a slight westerly flow (generally speaking) over the South Island and cloud in the west with showers.

NORTH ISLAND:
Mostly calm in the top half of the island with light winds and sea breezes, west to north west winds further south and a little windier around Cook Strait. A few light showers possible in the west, especially the south west corner of the island like Manawatu. Mainly dry. Hot in the east, sunniest there too.
Highs: 23 to 30

SOUTH ISLAND:
Rain easing to showers on the West Coast and clearing later but Heavy Rain developing this evening in South Westland and Fiordland. Dry elsewhere but tonight some rain will spillover from the west into Otago and maybe Southland and South Canterbury. A scorching hot day today inland and to the north with highs in the low, maybe mid 30s. Hottest main centres will likely be Nelson and Alexandra.
Highs: 19 to 33 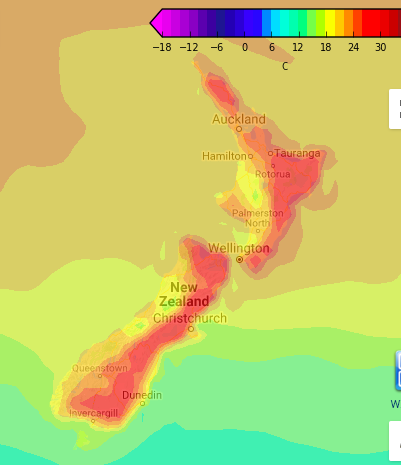 Loving this long hot and dry spell, just wonderful but will need some rain soon to fill the water tanks.