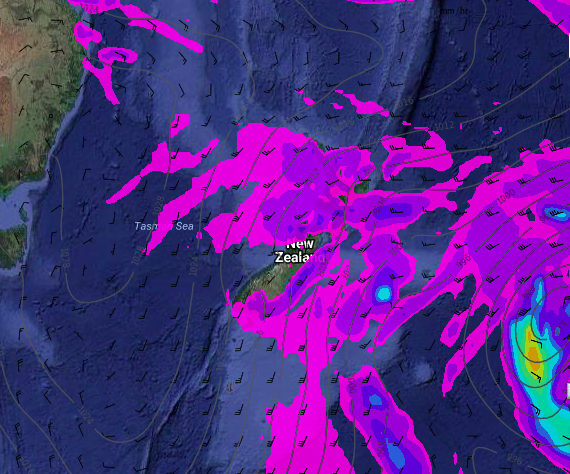 NORTH ISLAND:
Showers and west to south west winds for most places, turning colder southerly by night time almost everywhere. Showers mainly in the west and north will shift more to the south and east of the island over the next 24 hours.
Highs: 11 to 17

SOUTH ISLAND:
Colder southerlies with showers mainly in the south and east becoming confined to the east later. Snow flurries above 100 or 200m rising later in the day. Sunniest in Nelson, Marlborough and the West Coast.
Highs: 5 to 15 (warmest in the north and west).