Sunday sunshine for more than 80% 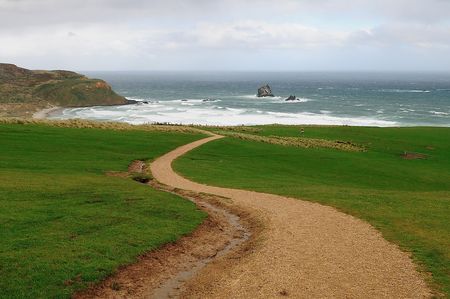 There’s about a one in five chance today of you seeing complete cloud cover and some showery activity somewhere in the country.

An anticyclone continues to be the dominant feature today but the top end of the high should see easterlies continue to blow across the north and east of the country. A few showers could dot these regions in the North Island but it’s not looking all bleak with plenty of brighter spells likely.

Clouds could pop up this afternoon in mainly remote inland areas of both islands and could deliver a shower otherwise it’s a repeat performance from yesterday and the previous few days.

“It’s certainly the height of summer and geez it’s drying out over so many areas” says Weather Analyst Richard Green.”Still no decent rain seems to be coming in on the latest data and the chance of a southerly late next weekend seems to be just a wind change rather than wet conditions across most eastern and southern areas” he says.

WeatherWatch.co.nz believes temperatures should go up a degree or two today in many districts with the hottest conditions inland, out west and across some southern centres due to the easterly warming up as it crosses land.