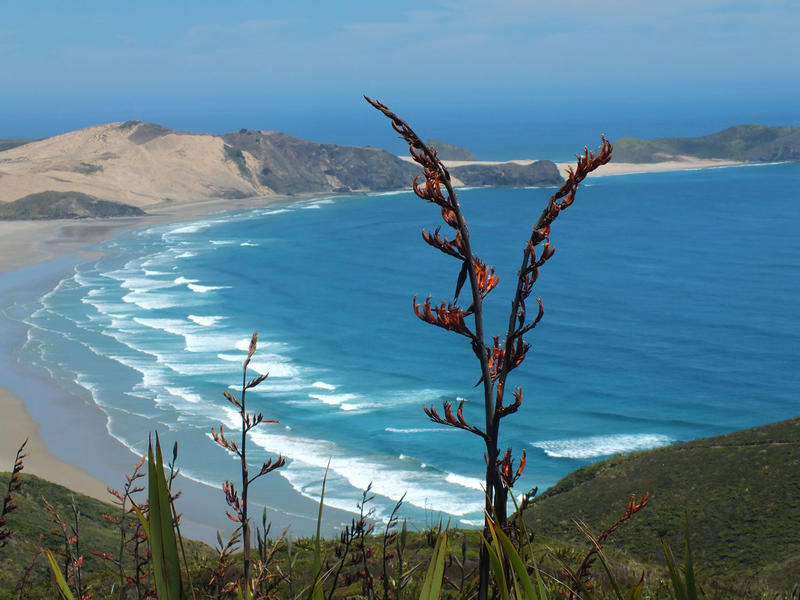 We may have seen our first showers of 2015 yesterday, but the Auckland region is soaking up its driest start to summer in almost a decade.

Most of the country has been basking in glorious sunshine since Christmas, holidaymakers in traditional hotspots the Bay of Islands, Taupo and the Coromandel revelling in scorching temperatures.

And new climate figures show Aucklanders are enjoying the driest summer in eight years. Just 62.8mm of rain was recorded at Auckland Airport during December – the lowest figure since 2006 when just 47mm was recorded.

The rare sight of rain made its presence felt yesterday, forcing several interruptions to the Black Caps’ one-day international against Sri Lanka at Eden Park.

And while some showers are expected today, sun worshippers have been told to prepare themselves for more golden sunshine.

The golden spell of weather might have been a blessing for holidaymakers around New Zealand, but it is causing concern for farmers, forecasters warning the lack of rain meant parts of the country faced a drought within a month.

Irrigation restrictions are already in place in parts of Canterbury and North Otago.

The Thames-Coromandel District Council has banned the use of hoses and sprinklers for Matatoki and Tairua, and there’s a sprinkler ban for Omahu.

The Waikato District Council is allowing sprinklers between the hours of 6am-8am and 6pm-8pm. In the Waipa district sprinklers can only be used on alternate days.

There are no water restrictions in Northland and Auckland at present.

WeatherWatch analyst Philip Duncan said some of the forecast bad weather never eventuated after a high pressure system fizzled out.

“Before then, people were saying, ‘So much for summer,’ and I almost got T-shirts printed with that on it,” he said.

Prepare yourself for a wet start to the week but the showers won’t be around for long.

WeatherWatch forecaster Philip Duncan said the golden glow of summer will continue for some time.

The wettest weather will be in the South Island due to a big low over the Southern Ocean.

“That’s going to hang around at the start of next week.”

Some showers might also be present on the eastern side of the North Island.

But for the rest of the country, including Auckland and Wellington, the current high pressure systems will continue, bringing warm and dry weather.

The next two weeks might be cloudier than the first two weeks of January, but temperatures will still be in the mid to high 20s.

There has certainaly been some warm temps in the NZ.  Most days in the South Island there seems to be 30+ somewhere, with a pattern of inland heat followed by a NW wind blowing the heat out east.  The North Island is doing not bad, with mid-high 20s and the usual 30 out east.  So pretty good for them as well.  But I think the MacKenzie Country would have the tag of NZs hottest and driest summer by a long way so far.