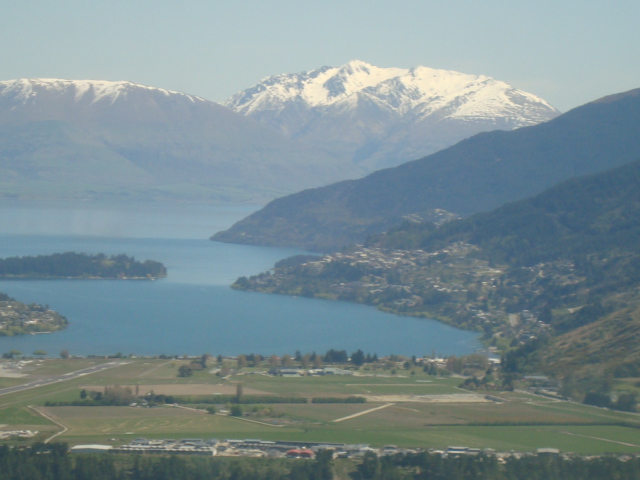 Southland and Central Otago are enjoying another scorching hot day under clear skies and warm winds.

Last night at 9pm it was 27 degrees in Wanaka and this hour it’s back at that temperature.

The hot weather has spread across the lower South Island with reports now coming in of the 30 degree mark being hit.   @aaron_bird told @PhilipDuncan via Twitter that it was now 30 degrees in Milton, South Otago.

Invercargill is also hot this hour on 25 degrees along with Gore.  Queenstown and Lumsden both have 24.

But the hot weather is about to end.

A cold front expected to pass over the region tonight will see temperatures drop significantly on Tuesday.  Invercargill’s high tomorrow is predicted to be in the low teens.

Elsewhere across New Zealand and Auckland reached 24.4 degrees in the past 30 minutes.

WeatherWatch.co.nz exclusively predicted Auckland’s high as between 24 and 25 today.

Winter because the temp is supposed to be around the mid teen mark? That’s a little dramatic in my book, lol. Bring it on I say then I might be able to get something done inside – my current reading is 27.6 outside and marginally warmer inside.

More of a comparison from some Southland regions hitting mid 20s today to Invercargill aiming for low teens tomorrow (14).

Here on the Shore at 2pm its warm 27c and warm winds…..
It will reach 28c ish this afternoon……

Oh why like in the Atlantic can we name Tropical Lows…. say the one near Vanuatu eg Tropical low Adam etc…… would make it more interesting…..

Thanks for the update!

We do actually name our storms down here… but this low isn’t a storm yet.

A depression gets given a number (here and Atlantic).  Once it reaches storm status (sustained winds at gale force) it’s named.  Hurricane or Cyclone status are when the winds double to hurricane force (sustained).