Home > News > Summer only just getting started for som...

Summer only just getting started for some New Zealanders 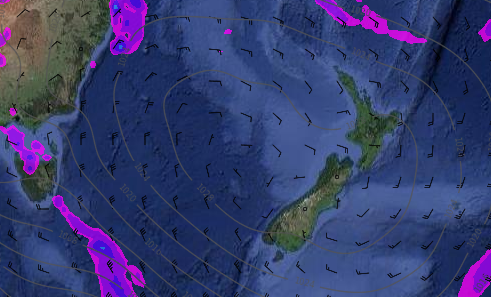 Summer so far this year has seen a huge variety of changeable weather – but the forecast over the next week or two is seeing summer weather truly settling into more places.

Wellington’s 10-day forecast shows just one day with a chance of rain above 40%, while most days look dry with plenty of sunny days in the mix.

Dunedin has plenty of dry, warmer, days. Only one day in the next 10 days has a high of 13, the rest are mainly between 18 and 25 with mostly dry weather, only a couple days with wet.

Those on the West Coast have faced a very wet summer so far – the next 10 days have just two wet days, the rest are dry or sunny.

It’s also going to be mainly dry in Canterbury – a concern as heat and dry combine again this week which may see fires flare up again. The good news is that a cooler, wetter southerly is briefly possible this weekend in Canterbury – but just a 50% (moderate) chance of rain at this stage.

Meanwhile, the change in wind flow for the North Island away from westerlies to easterlies means it’s still hot, but not as hot as it’s been in the east, with highs around 22 to 26 degrees and mostly dry in Hawke’s Bay and Gisborne.

The flip side is that western areas may now become hotter – with highs in the mid to late 20s in places like Taumarunui and mainly dry weather but a risk of afternoon cloud build-ups and showers.

Waikato is looking fairly typical for late February with humid days and winds mostly from the easterly quarter or north. Apart from a few afternoon downpours, the region looks mostly dry for the next 10 days with highs in the mid-20s.

Auckland is similar – plenty of dry days ahead, with highs in the low to mid-20s.

Overnight lows in the north will also be in the mid to late teens.

This current pattern is expected to last into March as a stream of high pressure systems focuses on New Zealand for the first time this summer (beforehand many were focused on the Tasman Sea or just north of the country).