Home > News > Summer in the city coming to Sydney and ...

Summer in the city coming to Sydney and Brisbane, finally 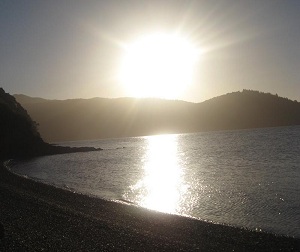 Temperatures are finally on the rise for Sydney and Brisbane with both cities expecting their warmest days of summer within the next week.

A hot air mass from Australia’s interior is being filtered into the nation’s southeast ahead of a trough of low pressure. This tongue of hot air has already swept over Adelaide and Melbourne this week, scorching both state capitals with 40+ degree heat.
The trough will push across New South Wales and southern Queensland over the coming days, giving parts of the east coast their first real taste of summer heat.
Sydney has enjoyed a warm and sunny start to 2012, which has been a welcome change following the city’s coolest December since 1960. This heating trend will see temperatures climb to the low 30’s today in the city for the first time this summer. A weak change tonight will see Thursday and Friday fail to exceed the low 20’s, before another round of warm weather develops on the weekend. Sunday and Monday are again likely to reach around 30 degrees.
Brisbane will be next in line as the hot air mass filters into southeast Queensland from today. Daytime temperatures should reach near 30+ degrees from this afternoon right into late next week, with the mid-week cool change affecting Sydney having little influence on the Queensland capital. The city’s hottest day of the period will hit the mid-30s on Monday 9th.
Sydney’s warm spell has come just in time for the Second Test against India, which begins today at the SCG.
From Weatherzone.com.au
Photo from Nicci Bergman