Summer heat returns with March, Sunday & next week look warmer than average for many (+Maps) 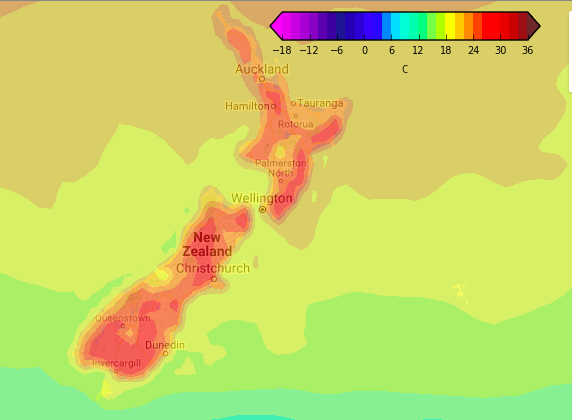 Updated 3:55pm Saturday — Cold mornings getting you down? Feel like summer is over? Summer heat is about to come back to most places from this Sunday and through next week.

New Zealand’s location on earth means we do get occasional southerly changes which can bring snow, even frosts, in the peak of summer. It doesn’t happen every year but most years we do get a southerly change or two. We’ve had a couple this past week meaning daytime highs aren’t quite as big as they’ve been in recent weeks – and overnight lows are definitely down, in fact most places are experiencing cooler than normal nights/mornings.

However this weekend high pressure expands over both islands, so after a cool (or refreshing) night and wake up, the day will warm up nicely. By Sunday afternoon temperatures will be pushing back in to the mid to late 20s in many places and next week closer to 30 degrees inland through both islands.

Central Otago, inland Canterbury, Nelson, Marborough, King Country and Waikato all have highs this Sunday and/or next week of around 27 or 28 degrees…some pockets may even reach 30. If you’re not in the hot group you’ll be in the next group with daytime highs of 22 to 26 degrees, which is still very pleasant and summer-like. Many of these places will be warmer than average by day.

A colder change moved up and over NZ over Friday and faded Saturday, which is why the nights/early mornings are much cooler.

This hotter phase of weather arrives Sunday and Monday and will continue through next week. Hottest weather will be inland, especially later in the week when sub-tropical northerlies spread over more areas.

COOLER FRIDAY (YESTERDAY) FOR SOME 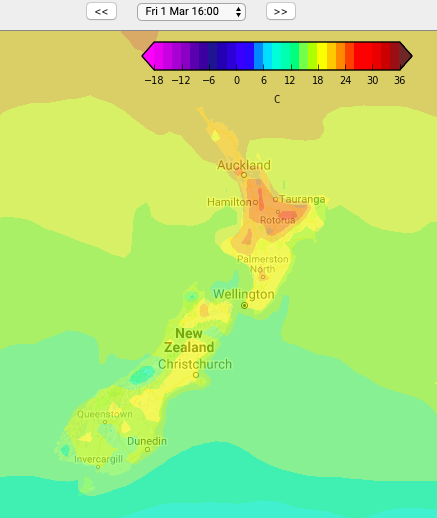 THE HEAT BOUNCES BACK THIS SUNDAY, JUST THE EASTERN NORTH ISLAND STILL A LITTLE COOL… 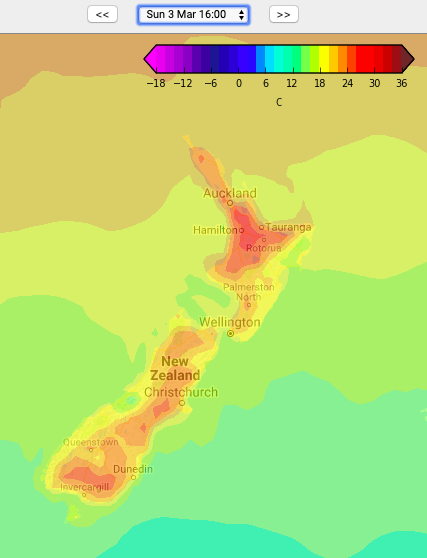 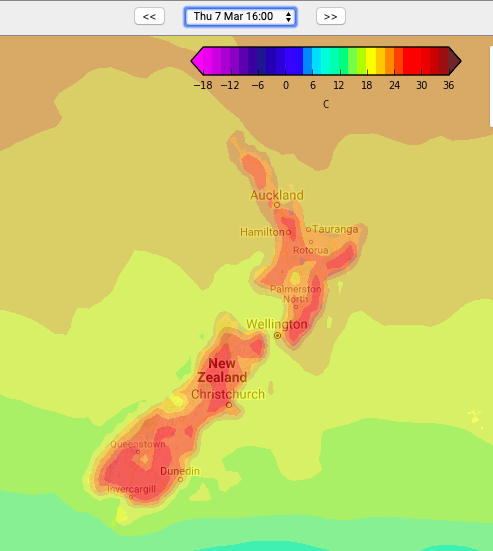