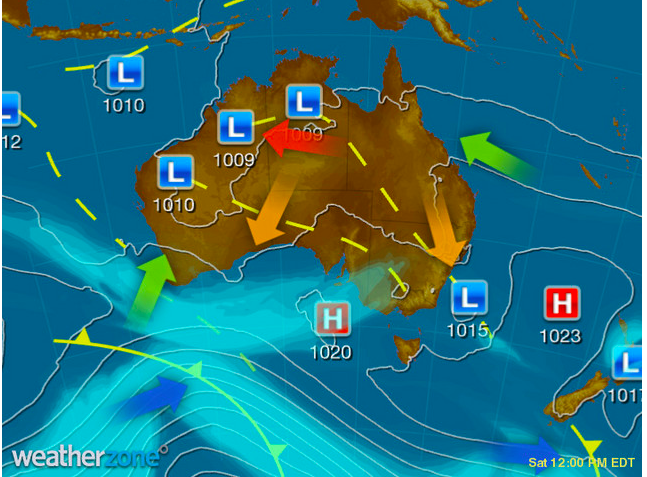 By Thomas Hough, Weatherzone.com.au — Whilst summer is officially over, the summer like temperatures are not. Low pressure troughs are maintaining heat over the nation’s interior this week, with cold fronts brushing the southeast. Over the weekend, these troughs will gradually shift east, with warm northwesterly winds moving over eastern parts of NSW and QLD.

Inland parts of both states are likely to feel the most significant heat, but that doesn’t mean those on the coast will escape altogether, including the states’ capitals. Monday 11th and Tuesday 12th are the standout days, with Sydney peaking on Tuesday and Brisbane expecting temperatures in the mid 30’s both days.

Should Brisbane reach 35 degrees both Monday and Tuesday, it would be the city’s warmest pair of days since the end of December.

This summer like weather won’t hang around too long however, with a cool change due to drop temperatures again on Wednesday, most notable for Sydney which could be around 10 degrees colder.

So whilst it’s approaching the time to dig out the warmer jumpers, it’s not quite time to put away the beach towels.