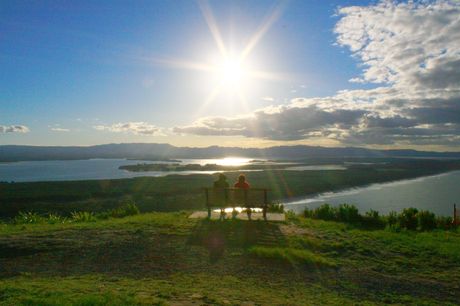 With two weeks to go summer for 2012/2013 will officially be over and at this stage was sort of rating would you give it? If you’re someone who enjoys fairly high temperatures and lots of sunshine this season might have been right up your alley however if you’ve got livestock or rely on rainwater it might have been quite the opposite.

This time last year many of us were still waiting for it to begin and even though Autumn seemed more settled than the Summer before it, do you feel you’ve got your money’s worth this year?

For those in search of rain you might have a different take on it as the dry spell rolls on. You might prefer last year when there seemed to be a tinge of green in many areas. The Far South though had then best Summer with a good balance of heat and moisture by the end and only there did it seem like the hottest season of the year had taken hold.

We’ve had a look at some of the records and for a few northern and eastern areas we have to go back to the El Nino summer of 1997/98 when high temperatures and dry conditions were to the degree that they are now in places.

Looking long range and it appears there’s no real significant rain in sight.
Fronts this week have turned up however they’ve contained only small amounts of precipitation.
“It’s almost like they’ve been teasing us this week” says Head Weather Analyst Philip Duncan.” The clouds build and a few rogue showers move through and then the skies clear up. We’ve see this for a number of weeks now and with the exception of early last week when rain fell for a time we’ve been plain out of luck”.

WeatherWatch.co.nz believes today is a prime example where there’s a risk of cloudy areas and isolated showers this morning but that’s about it. the clouds look more threatening than what they actually deliver.

“It’s a similar situation here in the south” says weather Analyst Richard Green. “A smattering of drizzle over parts of the Canterbury Plains late yesterday but barely enough to even use the windscreen wipers on the car”.

Most of the country should see a dry Thursday and even though temperatures might be down a couple of digits, the only real rain likely to occur is in Fiordland and the most substantial cloud cover throughout the day seems to be covering parts of Otago and Southland with a few splashes near Invercargill and Bluff.

Temperatures are low this morning across parts ofthe south which have seen clear, calm conditions overnight.
Timaru is 5 degrees first thing, Christchurch and Greymouth are both on 7 while Nelson doubles that with 14 degrees.

Across the strait, Rotorua and Masterton are the coolest centres in the North Island with 9 degrees but Whangarei and Auckland are warmish with a pleasant 18 degrees.

Temperatures are set to be in the twenties everywhere over the north again today and the Bay of Plenty and Gisborne regions are looking at the higher end of the spectrum.
Today the mainland warms up in eastern areas to the mid twenties but West Coasters are shaping up towards the high teens.
Thursday and Friday in Invercargill could see damp and breezy skies off and on with the mercury topping out in the mid teens.
Summer might just have escaped the southern city for a time but is expected to resume shortly.

hi phil what do you consider long range?

In this case it’s over the next couple of weeks however parts of the country it could be as far as early April without significant rain and mild to warm conditions.We hope that’s not the case.There is a sign late next week there could be some rain over northern NZ however it’s still a little sketchy.

Thanks for getting in touch.