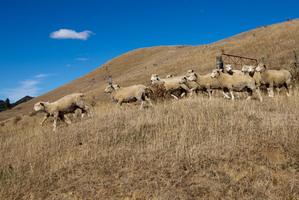 More summer droughts are in store for northern New Zealand due to a climate change-driven shift in Southern Ocean winds, a new study has confirmed.

The research by Australian National University showed the ocean’s westerly winds are now stronger than any time in the past 1000 years, causing them to shift southwards and tighten around Antarctica.

“In New Zealand the climate is very sensitive to westerly winds and storms and rainfall that comes up from the Southern Ocean,” she said.

“If the westerly winds continue to shift further south, fewer stormy rain bands will make it up to New Zealand.”

Dr Abram told APNZ New Zealand was still “well and truly” in the path of the winds, so any effect would largely be felt in northern parts of the country.

The study has helped to explain why Antarctica has shown little sign of widespread climate warming.

“Antarctica bucks the trend of every other continent on the planet,” Dr Abrams said. “It’s sometimes held up as an example that climate change is not something we need to worry about.”

But the study showed as the westerly winds strengthened they also tightened around Antarctica, trapping cold air on the continent.

At the same time the winds were driving rapid warming on the Antarctic Peninsula, as the winds are pushed through the Drake Passage, causing glacier retreat and ice shelf collapses.

The study modelled changes in the wind strength over time using data from ice cores in Antarctica and tree rings and lakes in South America, which showed how temperatures had changed.

The study, published this week in the journal Nature Climate Change, showed wind strengthening has been particularly prominent in the past 70 years, and was linked to rises in the level of greenhouse gases.

Dr James Renwick from Victoria University said the change in the westerly winds had been observed for many years but the new study confirmed the trend over a long period of time.

He said storms and rainbands followed the location of the winds, which fluctuated regularly over weeks and months.

“What we’ve seen in the last 40 years or so is a trend towards the westerly winds and the storms associated with them tending to lie further south more often and tending to be stronger more often.”

Dr Renwick said that meant a greater chance of drought in the North Island, particularly in summer or autumn.

“With the westerly going further south, that gives room for those big sub-tropical highs to sit over New Zealand more often,” he said

“The chances of drought, especially in the North Island, have increased a little bit over the next few decades and are likely to continue to increase into the future.”

Dr Renwick said the wind strengthening was also affected by the ozone hole, which has a cooling effect at the pole, contributing to a greater temperature difference with the equator.

As the ozone hole fills in, the trend may slow or even stop over the next 40 to 50 years, he said.

However, unless greenhouse gas emissions reduce, respite will be brief.

“If we continue in the present path then definitely the westerly will move further south later in the century, so New Zealand will be drier in the summer.”

Virtually all of our weather is ex the Westerlies, and yes they are stronger and much colder now, as well as dumping a pay load of rain too. SW flow across NZ is awful here, SE and SW … We get hit from all sides at once here. Nor Westers that blast in massive rain dumpings at >100 km/h, yeah that’s normal not. Last month’s SE wind storms were attrocious on occasions, well over 100 km/h … even 125 km/h reached. The SE is a nutter. Now the westerlies send us monster waves and they just keep deteriorating this year. Updrafts have really worsened and they’re westerly generated as well. Bloody cold Sthrn Alps wind all year now since November 2013 and it is invading the southerlies head on. I guess that the lot of seasonal, the whole lot of it (as if I believe that). Climate Change be blowed. 😛