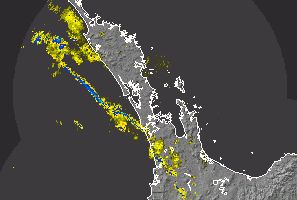 WeatherWatch.co.nz has been heavily campaigning for the past couple of years for this to happen, to bring New Zealand in line with all other western nations.  But this year the weather news authority stepped up the pressure on MetService with frequent comments in the media and, in recent months, official letters to the Minister of SOE, Mr Tony Ryall, and an official complaint to the Commerce Commission.

Yesterday’s decision by MetService to fully free up the network has been positively received by weather enthusiasts writing on WeatherWatch.co.nz’s Facebook page.

Head weather analyst Philip Duncan says he’s thrilled at the news.  “We 100% support MetService for making the right decision here.  This is a great move in the interests of public safety and we hope it also has economic benefits to the farming and insurance industries”.

“We thank MetService for doing this and we thank the technical staff and management at MetService who made it happen”.

WeatherWatch.co.nz has so far had no response from MetService on this decision with the first contact we spoke to yesterday unaware of the changes and the second contact so far not replying to our questions.

“We not only acknowledge MetService but we’d like to thank all the WeatherWatch.co.nz supporters, and other supportive New Zealanders, who have helped put pressure on those responsible for this change” says Mr Duncan.

MetService has had conflicting messages as to why the radar service couldn’t be freed up in the past, mostly siting commercial reasons.

Earlier this month the National Business Review ran a story about the rain radar network and MetService told them “we are not going to be bullied into a public argument with WeatherWatch about rain radar”.

But Philip Duncan says it was always about highlighting a real public safety concern. “From day one our issue has been with the State Owned Enterprise model of MetService and not the forecasters themselves.  We have the highest respect for the meteorologists who work there and we hope at some stage MetService will accept our offer made earlier this year to work closely together positively in the interests of public safety, as it’s what the people want us to do”.

The rain radar network, which includes the new West Coast radar, can be viewed at MetService.com by clicking here.

WeatherWatch.co.nz hopes that extra web traffic to MetService.com, as a result of the new radar page, should boost online sales revenue for the State Owned Enterprise.

12-month anniversary looming for this soon and one of the best achievements ever by WeatherWatch. Still A1+++++ in my books. I can’t see the coast where I live, mountain ranges behind us and tall dunes in front, so I’d just have to take a chance walking through the regional park here that I wouldn’t get bowled by anything too bad. We tend to get some pretty low level storms right off Cook Strait or ground level SE storms from the mountains here at times. More than once I got whacked by real nasty orographic storms that you couldn’t see until they appeared. Also was amongst several who were blown to the ground in 2012 by a passing trough, shitty thing was a very low down wall of convection. Used to make me so bloody angry, more so that we’re so prone to high S/SE storms and mostly weren’t warned of impending severe weather, even stuff in excess of 90-100 kph. It has been excellent ever since that radar became available in being able to see what is coming. Never could figure out what was so commercial in being able to stay safe and not get blown over or hit by the ground level storms. I’m sure it has changed many people’s lives, right down to getting in the washing. It is just such a great pity MetService has such an unfriendly front line. I really hope WeatherWatch takes a public 12-month anniversary bow for the rain radar becoming available. If you didn’t put the pressure on, I’d still be getting bowled involuntarily by shitty weather coming off the hills or the low level Cook Strait storms.

Last weekend during our predicted heavy rain Southland was on the old viewing system on Metservice. Now that the system has been upgraded (or improved) Southland no longer has coverage. Where has our coverage gone?

I think the Southland radar is (was?) also used to track balloons so has to be turned off tracking rain at those times.