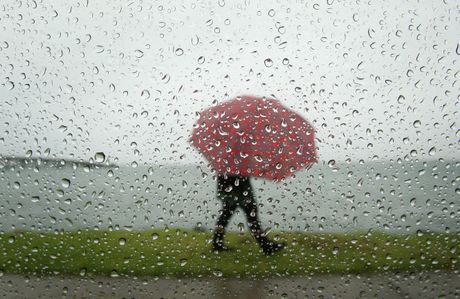 It’s in the early stages but there are indicators that we may have a visitor from the subtropics all going well which might deliver some rain to our parched pastures.

Not all parts of the country are in line for rain but at least it’s looking like a start for some areas.

“It seems to be tracking a bit west of NZ but if the flow is east to northeasterly over the country then who know’s exactly what will happen” says Weather Analyst Aaron Wilkinson.
“It appears to want to give rain to Northland, western parts of the North Island and western and northern parts of the Mainland. But if the flow is quite a bit more easterly the South Island portion of the rainfall could be more about Marlborough perhaps” he says.

The WeatherWatch team believes even if the country doesn’t take a direct hit, the associated cloud bands should stretch over western and northern areas to give some rain relief to varying degrees.

“Even though it’s still a week away it does look promising but as we know the weather systems are not always consistent and there’s never a blueprint” says another of the WeatherWatch team, Richard Green.
“A lot of the activity has been a long way north of the country in recent times but with signs of one or two systems creeping south it could be good news for those wanting and needing rain” Mr Green says.

Two computer models have been in agreement with the approaching disturbance later next week which can help a forecasters cause.
“Even if we aren’t tackled by it full on we are still going to see some impact but to what degree is the sixty four thousand dollar question” Philip Duncan says.
“We have been talking about the lack of rain even as far as early April with an Indian summer possible but there’s always a chance that something could drift from the north and change some of our thinking.
We actually hope it will be the case as so many need some rain.What we don’t need is a torrent though”. he says.

Weatherwatch.co.nz will be following the developments over the next few days to see if it will deliver what much of the country is in need of.

Thanks for the heads up, looks like it could produce quite a lot of rain with gales for the upper half of the Nth Is if the maps are right. I guess there is a chance it could slide down the Tasman so lets hope it doesn’t & give the tanks a top up.

Might even bring some mushrooms, that would be nice.

Yep still looks very 50/50 for the upper half – but 50% is better than 20%.  We should have a pretty good idea by about Monday as to the future of this predicted low (should form in the next few days).

And yep, it’s almost mushroom season, any rain will see them explode to life!