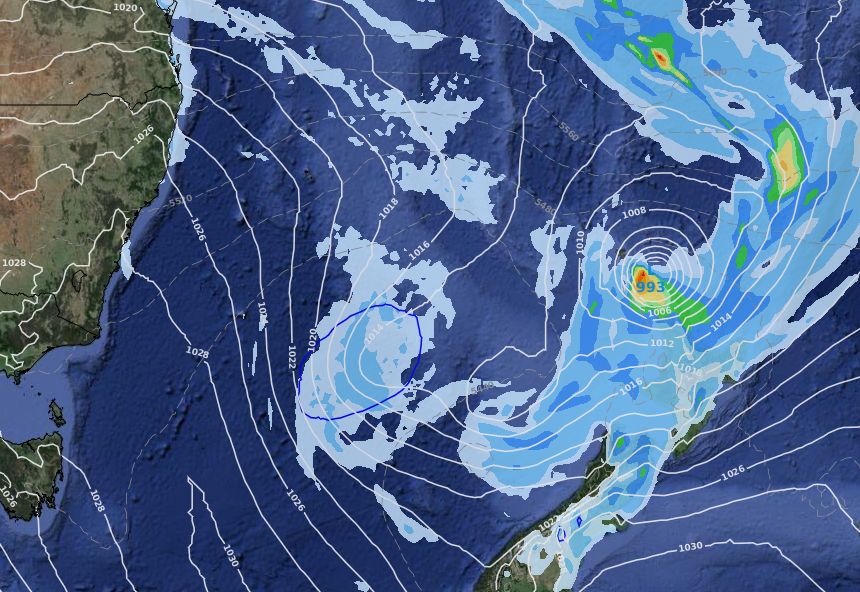 A deepening sub-tropical low is behaving as predicted bringing a mix of light and heavy rain across northern New Zealand Tuesday – and more wind and rain is on the way.

WeatherWatch.co.nz says the low is deepening and will cross northern New Zealand overnight and into Wednesday morning.

It will then move out into the Tasman sea, moving westwards away from Auckland, before curving back northwards and weakening before moving back into northern New Zealand again on Thursday in a much weaker state.

“Basically as this low crosses Northland and Auckland overnight tonight a new low will form near East Cape, causing low number one to get caught up in low number two’s spin – in other words, these two northern lows are working a little bit like ying and yang” says head weather analyst Philip Duncan.

The complicated nature, and small size of the low, means rain fall may be intense for some, but only drizzly for others – as we’ve seen over the past 24 hours.

Generally speaking the worst of the weather is across Tuesday and Wednesday with conditions easing on Thursday and dry weather returning for most places on Friday and the weekend.

Mr Duncan says for the most part this system shouldn’t cause too many headaches but that a number of weather warnings are in force which people should be aware of.

I see from the Metservice 3pm observations that both Cape Reinga and Cape Kari Kari are recording a south west wind direction. Where do you estimate the centre of this low to be presently located, given the change of wind direction in the far-north?

Take a look on our homepage – we’ve just uploaded the live wind maps which clearly shows the centre of the low very near Northand. 🙂 Would make sense if there are SW winds there that the low is near, and east, of Cape Reinga.

This is the top we have needed but I think now, enough already. Here just south of Waipu we have had 164 mils since Friday 6th June. 60 mils of this since 6 PM last night. This is over half the rainfall received til the end of May YTD. Since the wind has gone more easterly, the wind has certainly picked up. Effects of the low now moving down as you have reported I suspect.

Just heard on the news that Rangiora has had 150 odd in the last 24 hrs. Heart goes out to them.