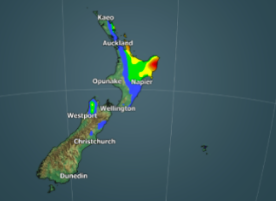 It’s mainly dry across northern New Zealand today despite a deep low just off to the east coast with heavy rain.

As WeatherWatch.co.nz exclusively forecast this week, set ups like the one this weekend can often prove dry for western areas like western Northland, Auckland and Waikato (as opposed to eastern areas like East Cape/Gisborne).

Northland, Auckland and Waikato were always borderline for rain and this morning before dawn we locked in the mostly dry forecast. Sunny spells are even possible as the south east wind flow kicks in. “For northern New Zealand the sou’east wind flow acts like a reverse Canterbury nor’wester” said head forecaster Philip Duncan on Friday. “Often other forecasters will say heavy rain for a full day but in reality the sou’east wind flow is usually dry and so you end up with a feeling like it’s going to rain but suddenly sunny spells appear in the thinning higher cloud above”.

The rain band remains just offshore – in fact it’s been raining off and on, on Great Barrier Island all morning with heavy rain now pushing in towards noon.

With the very slight shift east the rainfall totals have been reduced in ALL REGIONS, including Gisborne and East Cape where totals may now be less than 35mm – but still heavy rain is possible there overnight with gusty winds.

While it’s mostly dry the low is still a significant weather feature just to the east of the Upper North Island – especially for boaties.

One week from now New Zealand may be dealing with another sub-tropical low threat to northern New Zealand but the next working week ahead will be dominated by high pressure. 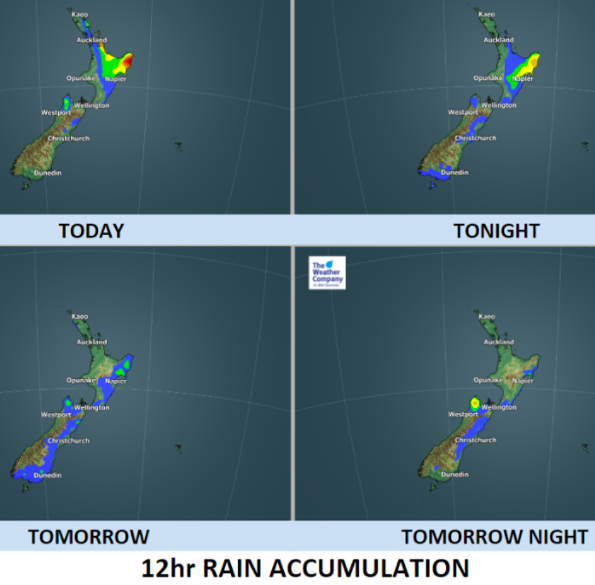 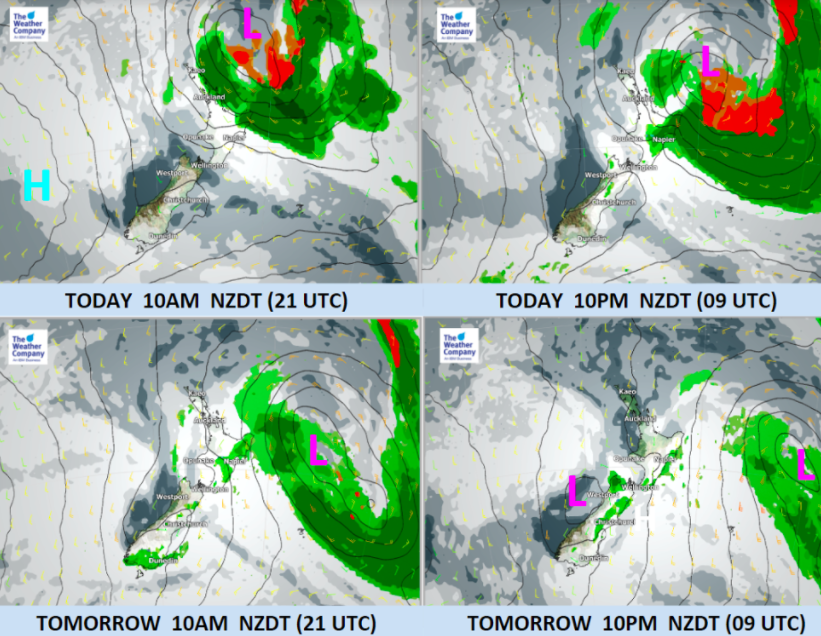 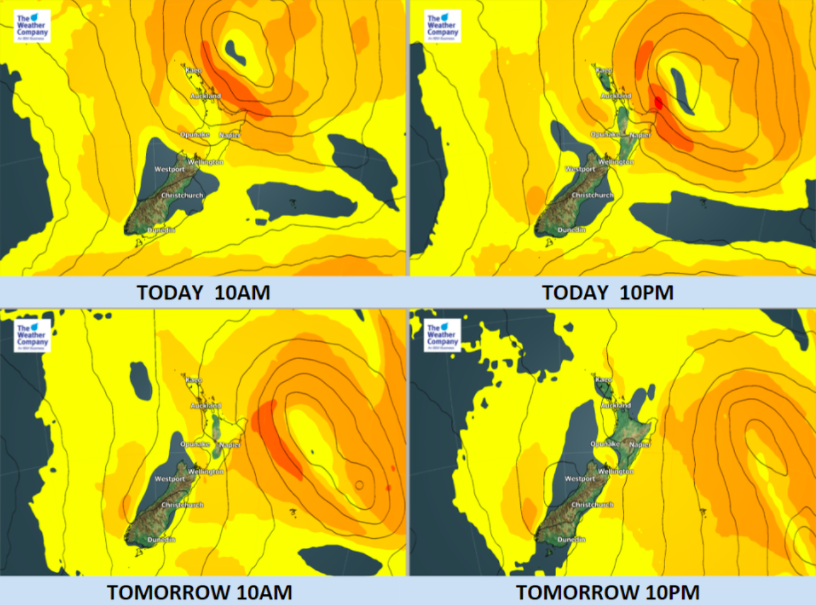 Wind maps show the worst of the winds (orange and red) out at sea but gales (in red) may brush East Cape for a brief time.

– Maps via our partner at The Weather Company (an IBM business & and official WeatherWatch.co.nz partner) 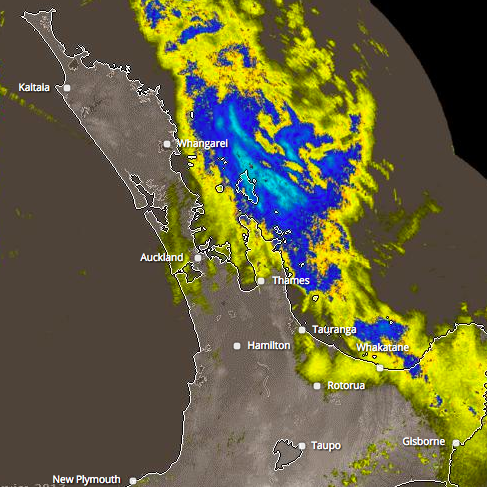 Rain radar shows heavy rain just sliding down the eastern side of Northland and Auckland and into East Cape. Rain radar image courtesy of the NZ Taxpayer and NZ Government.