Stunner on the way for Friday 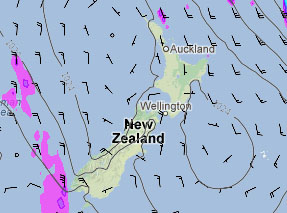 The weather for Friday is looking to be nice and sunny across most of the country again, very similar weather to today and a risk of late afternoon and evening showers again from about Auckland northwards in the North Island.

WeatherWatch.co.nz forecasts say warm temperatures are likely to develop inland about the east coast of the South Island as the airflow tends northwest, there may also be some high cloud develop in the afternoon.

While the airflow will tend northwest over the South Island the actual winds at the surface are still likely to be a light northeasterly particularly near the coast.

Fiordland will see cloudy skies with northerlies, drizzle patches there from midday possibly turning to rain at night.

The anticyclone over us currently is set to loose its influence over the weekend as a low pressure system and front combination moves in from the Tasman Sea, still it may remain settled to some extent particularly in the North Island till early next week.