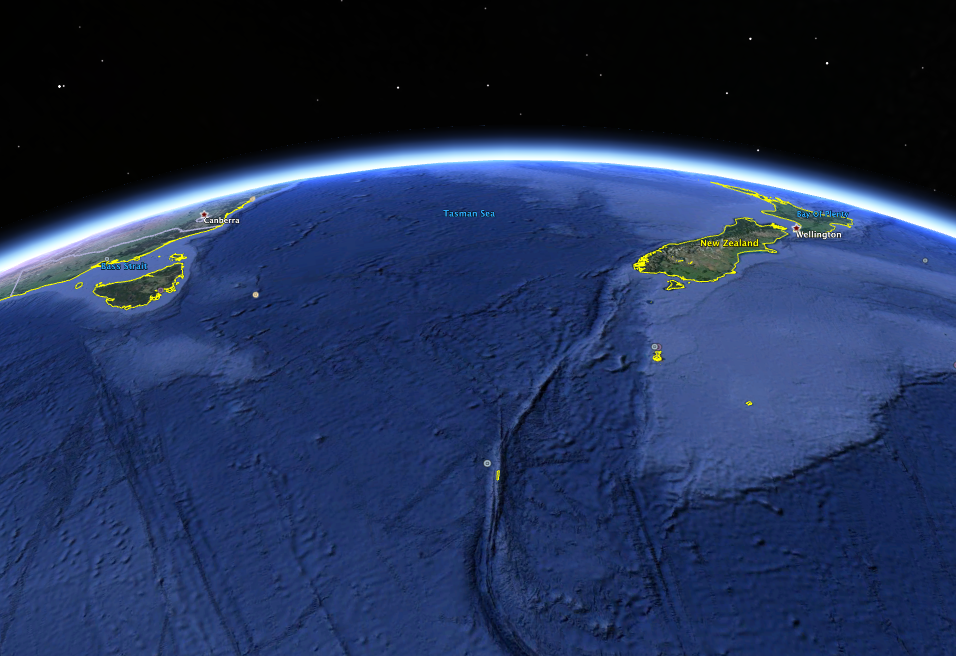 A large iceberg has been spotted off the coast of Macquarie Island this week. While it’s not unheard of to see icebergs from Antarctica this far north, it’s certainly not something that researchers based on the island get to see every year.

According to the Australian Antarctic Division, the last reported iceberg sighting at Macquarie Island was back in November 2009.

Chunks of Antarctic ice have been washing up on the shores of the island this week, which is located nearly 2000km away from the Antarctic continent.

In the past, icebergs have even been seen floating near the South Island of New Zealand, with recent cases in 2009 and 2006. The bergs sighted during these years are thought to have broken off Antarctic ice shelves between 2000 and 2002.

During the passage of icebergs in 2006, Air New Zealand flights were diverted over the ocean so that passengers were able to witness the spectacle. A helicopter even flew a famous local sheep out to one of the larger bergs, where it’s fleece was shorn off for charity.