Stormy Sunday ahead for NZ 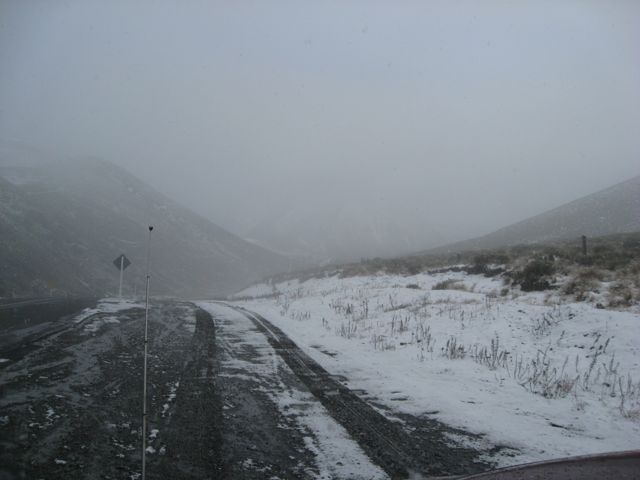 There only appears to be a few places that won’t be hit by wind, rain or thunder today as the country gets clobbered by boisterous weather conditions.

WeatherWatch.co.nz predicts more than half the nation will experience stormy conditions at some point over the next 24 hours ranging from thunder and gales to heavy snow over parts of the far south.

The most extreme conditions appear to be in the north and west of the nation and although the south will see very cold conditions by the end of the day, roaring winds with heavy downpours along with thunder and hail are anticipated along many western and northern regions but a spillover is also likely in a few eastern areas.
There seems to be few exceptions but Canterbury seems to be dodging the worst of the conditions however showers are expected to return this evening after a clearance of early morning rain.

Further south and snow is expected to fall to reasonably low levels with the risk of some heavy falls near hilly surrounds around Gore and Balclutha.

WeatherWatch.co.nz Weather Analyst Richard Green says, ” It seems the computer models are picking slightly more severe conditions in regards to snow than we initially thought in the deep south. There’s a risk of snow build ups to quite low elevations and farmers should be prepared. The wind along with the snow will make it feel well below freezing point “.

WeatherWatch.co.nz suggests for people to keep an eye out on conditions as roads will be a challenge in some areas and alpine passes in the south are expected to have a generous covering of snow by the end of the day.

The Government Forecaster has issued a number of severe weather warnings for much of the country today.