Stormy but where’s the rain? 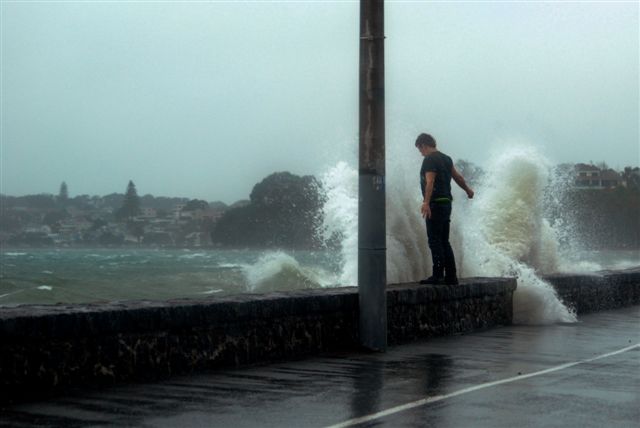 Gale force easterlies are affecting Cape Reinga, the Hauraki Gulf and some exposed eastern areas of Auckland this morning as a small but deep low continues to slowly brush the Northland coast.

Gusts up to 115km/h are affecting Cape Reinga with gusts to 70km/h in Auckland.

But despite the brooding skies and strong winds WeatherWatch.co.nz is feeling less confident that the next few days will bring heavy, widespread rain to drought stricken northern regions.

“This low is still going to be the first big low of 2010 but as far as rainfall goes it’s not looking so promising.  Yet again it’s going to provide patchy rain, bringing relief to some areas while others see very little”.

Despite rain bands passing over Northland in the peast two weeks some areas have still only seen a trickle with rain tanks remaining dry and farms brown.

“This event will bring relief to some farmers and other residents in the northern half of New Zealand but I doubt it will be widespread.  This does, however, mark a significant change in the weather patterns”.

It’s a different story for the rest of the country this morning.  Wellington is one the calmest main centres with just a 4km/h breath of wind while Dunedin has a frost and zero.  A large high over the South Island should ease today as the northern low heads south, says WeatherWatch.co.nz.

Had 6 mm in passing showers since 9 am this morning. Live on northern side of Waiheke. Rather blustery wind. Last time received more than 6 mm in one day was on Feb 1st. Thankyou Philip for spot-on prediction.

Had a deluge of leaves perhaps a foot deep 🙂 but only a couple off mm rain from this so far.

We have had lots of rainfall over night and it’s still going… we are between Wellsford and Mangawhai.

Our water tank is now overflowing

Love it…. There’s rain coming….. No its unlikely…. You may get a trickle of damp drizzle if your lucky…. So far this month Auckland has 6mm and is down 210mm year to date end of April….

Just like i keep saying…. ” It doesn’t Rain in Auckland” lol…

Indeed, looking out at my vegetable garden , the surface of the soil is completely dry again. Auckland seems to be escaping all the rain. I was meant to be digging some drains around our boundary to get rid of excess storm water during the winter and have been waiting for rain to make the ground a bit softer.. but if this continues won’t even need the drains :).

The forecasts for auckland this year seem to predict rain several days out and I always laugh now because each day that passes by the precipitation levels decrease until finally its about 3 minutes of misty drizzle that arrives..