Stephen Hawking – Humans have 1,000 years to find a new place to live 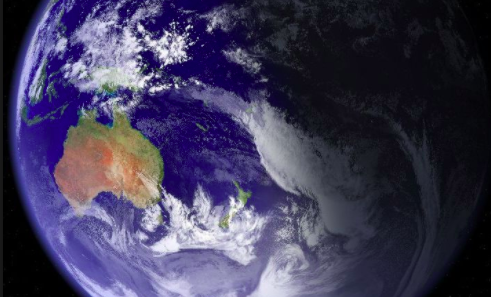 We’re all doomed. Unless we can figure out how to get the heck off this planet.

Don’t believe it? Then ask noted theoretical scientist and astronomer Stephen Hawking. He says humanity won’t survive another 1,000 years on Earth because of, you know, the usual suspects — climate change, nukes, robots.
Hawking, speaking earlier this week at Oxford University Union, says our best chance for survival as a species is to leave the only home we’ve ever known and establish colonies on other planets.
“Although the chance of a disaster to planet Earth in a given year may be quite low, it adds up over time, and becomes a near certainty in the next 1,000 or 10,000 years,” Hawking said in the speech, according to the Christian Science Monitor. “By that time we should have spread out into space, and to other stars, so a disaster on Earth would not mean the end of the human race.”
And the pace of space exploration seems to be ramping up. NASA is busy searching for “goldilocks” — exoplanets that might be able sustain human life. Meanwhile, Space X CEO Elon Musk has already laid out his plans to colonize Mars within the next century.
Despite all of his gloom and doom, Hawking did end with some positive notes, according to British newspaper The Independent.
“Remember to look up at the stars and not down at your feet. Try to make sense of what you see, wonder about what makes the universe exist,” he said. “Be curious. However difficult life may seem, there is always something you can do and succeed at. It matters that you don’t just give up.”
– CNN.com