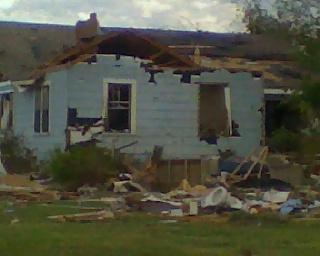 In the aftermath of this weekend’s tornado outbreak in the South, and in particular, the destructive “wedge” tornado that raked across Mississippi, Weather.com thought they would answer some questions you may have on tornado deaths, sizes, and path lengths.

Video: Tornado outbreak: the damage
WAS THIS THE DEADLIEST TORNADO?
Fortunately, not by a longshot.  Thanks to advances in atmospheric science, technology, and dissemination of warnings, fatalities most entire years are less than 100.

According to TWC Severe Weather Expert Dr. Greg Forbes (Become a fan on Facebook), the deadliest tornadoes since 1972 are the Wichita Falls “Terrible Tuesday” tornado in April 10, 1979 (42 deaths) and the Moore/Okla. City tornado in May 3, 1999 (36 deaths).

The deadliest single U.S. tornado, according to The Tornado Project, was the infamous Tri-State Tornado in 1925, with 695 dead in Missouri, Illinois and Indiana.  Several tornado outbreaks have claimed over 100 lives, including the 1974 Super Outbreak (over 300) and the April 1965 Palm Sunday Outbreak (over 250).

Therefore, the vast majority of tornado-related deaths are the result of a few intense tornadoes.

What’s this with the killer strenght of tornadoes?
Tornadoes shouldn’t be rated this way. It’s unfortunate that people and animals may loose their lives because of a tornado passing over, like any severe weather event.
I like severe storms but not in the way that it has a rating on how many deaths occur.