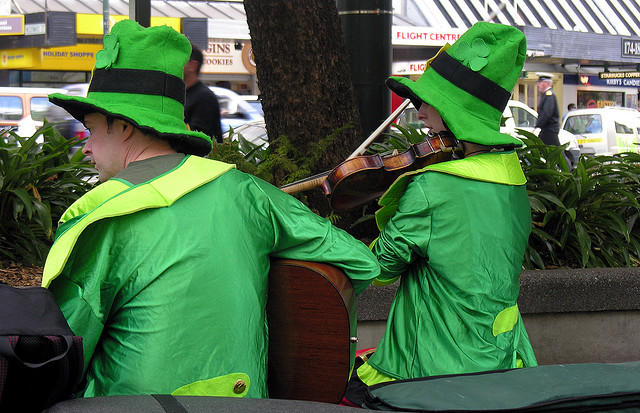 The luck of the Irish seems to be rubbing off on us today and already parts of the country are seeing some rain or showers first thing this morning.

Reports are coming in to us that some rain or showers are either falling, have been falling or are about to fall.

A short time ago Margot said”We have rain falling in Oxford in North Canterbury at the moment!!” and also Jennette posted on our Facebook page – “Just started to rain in Levin 😀 patchy but heavier than misty drizzle :D”.

The bulk of the rain is tracking down western areas of the North Island however lighter falls have spilled over to eastern areas which hadn’t been anticipated so early in the piece.

Reports also can confirm that patchy rain is falling over parts of Otago and Canterbury.

The last decent downpour was during the first week of February over much of the country and although today doesn’t appear to be quite so wet it’s still hopefully a start in places to see some paddocks green up and water tanks topped up a little.

As we’ve said over the last few days it won’t be everywehere but over the next 36 hours a reasonable chunk of the nation should at least see showers if not periods of rain.

“Over the last day or so the data coming into us shows a little more precipitation” says Head Weather Analyst Philip Duncan.”That doesn’t mean we’re in for a soaking but perhaps the moisture might be a little more widespread than initially thought”.

“Some outdoor plans for St Patrick’s Day might have to go to plan B as the weather deteriorates” says Weather Analyst Richard Green.”An unexpected turn this morning is seeing more showers crossing the North Island than the south so far “.

Rain warnings by Government Forecaster MetService are in place for northwest Nelson and Westland with a watch over the northern half of the South Island, Mt Taranaki plus the headwaters of Canterbury and Otago.

WeatherWatch will continue to track the rain today and we’d like to hear what’s happening in your part of the country which will keep us all updated with the progress of the wet stuff.

The cricket test in Wellington is certainly in favour of the visitors and today some liquid sunshine and also tomorrow could help stave off defeat for the Black Caps as they were 77/1 in the second innings following on.

The third test is set for Auckland however the end of the third test at Eden Park could also be interrupted by Mother Nature.