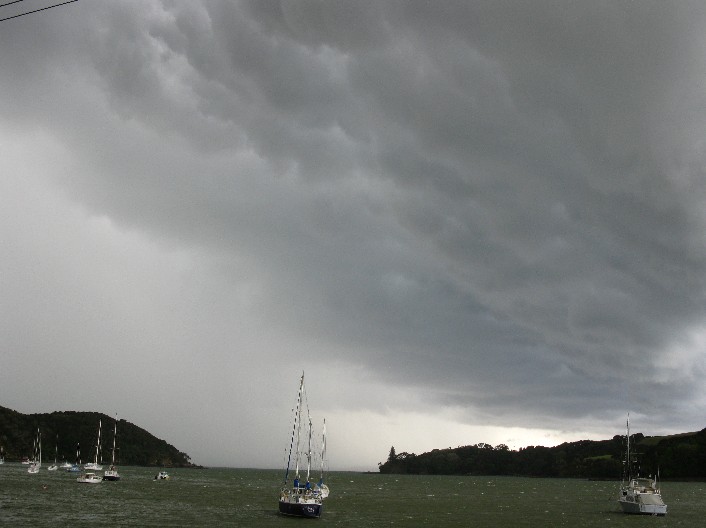 Normally winter is full of days like today but in what feels like the first time this year squally showers with hail and thunder are affecting much of the North Island’s west coast, while cold southerlies blow over the lower South Island.

There have been other squally periods this year but today’s squall activity along the North Island appears to be one of the most active with frequent heavy showers and hail storms.

Around 2000 lightning strikes have been detected so far today around northern and western parts of the North Island but appear to be mostly isolated.  Hail storms have affected the Auckland region while the thunderstorms appear to be more focused on Northland.

The colder change was in the forecast all week and the prediction is still that it will be short lived.

By Friday warmer winds will move back in as a new rain band approaches from the west.