Spring 2011 not too severe but still a few surprises 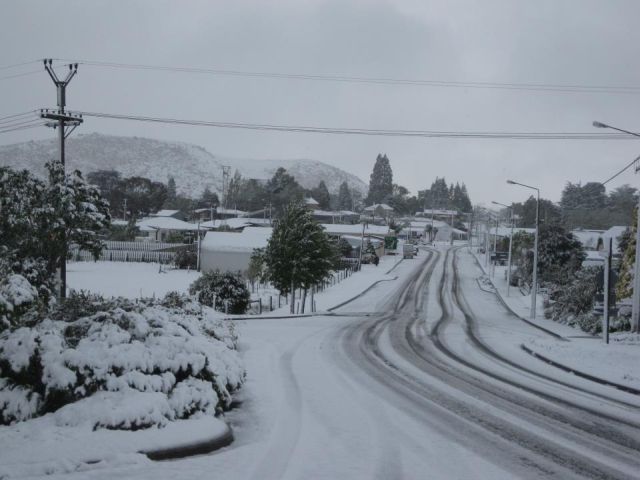 We recently compiled a list of the most memorable weather events of 2011 and found one thing – Spring was quite light on severe weather but still packed a few surprise punches.

While some areas missed out on gales, heavy rain, thunderstorms and snow – others had a lot of it and in a few instances, too much.

Later in December we’ll run our Year in Review, looking back at all the big weather and environmental moments of 2011 but a glance at spring doesn’t show too much in the way of severe weather.

Wellington had a dramatic hail storm on September 13th which turned the ground white while thunder rattled homes.  Some said it was the loudest thunder they had heard in decades and the hail turned the motorways and streets white with ice, looking like snow.  Oddly, snow was something Wellingtonians became used to in August following the historic Antarctic storm.

On September 19th thunderstorms rattled over Northland and just slid past Auckland to the north.  It peaked at around 2000 strikes an hour with over 15,000 strikes detected around the upper North Island that day.

October saw the grounding of the Rena and while possibly not weather related at the time it was certainly the weather that saw the ship break apart.  Despite the windy weather across the Bay of Plenty this spring much of it since the Rena’s grounding has been from the west – which overall wouldn’t be creating swells as big as strong easterlies.  The easterlies have now returned though which could be problematic.

November kicked off with a surprise snow storm in the deep south.  Snow fell in Queenstown, Invercargill, Gore and even Dunedin briefly.

And last week severe gales blasted many parts of the country, in particular the south and east of both islands.  Winds gusted to 150km/h around Wellington last Monday and up to 115km/h in Invercargill last Friday.

Flooding also occurred last week in Greymouth with local farmers saying they hadn’t seen flooding as bad for over 20 years.

How did you find Spring?  Too stormy, not stormy enough or juuust right… post a comment below!

Yeah Agreed Very windy here also in Te Aroha over the last few weeks. At the start of spring was absolutly beautiful weather tho nice n sunny and not too much wind. Great start to the vege patch.

pretty good until november what with the snow the wind and more rain than average i am sure temps were down too in invercargill i am hoping for alot more of the warmth that we are having now.

Very windy here in Hamilton. Wind drying the ground up quickly. Could do with some rain.