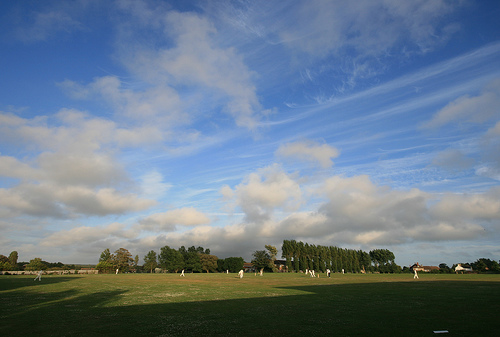 Tomorrow the Speights Coast to Coast finishes as it comes to an end in Sumner, Christchurch and the forecast is suggesting it should be nice and cool for competitors.

In the 30th year of the event, hundreds are involved and Saturday could be a bit damp first thing in the morning but by the afternoon conditions should be mostly dry and cool with a slowly fading sou’ west breeze.

Tomorrow night sees the first cricket 20/20 match between the Black Caps and Zimbabwe at Eden Park in Auckland.
The first ball is set to be bowled at 7pm and ground and overhead conditions are looking good with a temperature of about 20 degrees for much of the evening and just a few cloudy spells with an outside chance of a rogue shower passing over the ground.

Still with cricket and the Ford Trophy final is all go in Auckland on Sunday between the Auckland Aces and the Central Stages and once again the weather should be mostly dry for the 50 over aside game.There’s an outside chance of a shower or 2 halting play briefly.

Temperatures for both cricket matches are likely to be in the low 20s but some cloud with a breeze could make it feel a little cooler.

The second 20/20 match between the Black Caps and Zimbabwe is scheduled for Tuesday in Hamilton and WeatherWatch.co.nz will keep you posted on the weather conditions closer to the day.