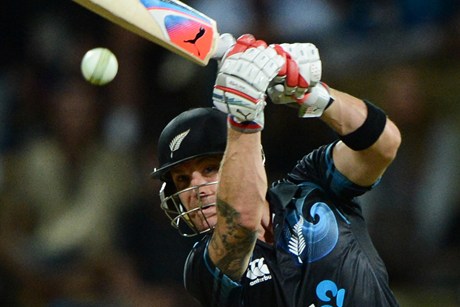 It’s the second day/night cricket match between New Zealand and England today at McLean Park, Napier, where a big crowd is expected.

It’s a series of three and the Black Caps one are already one up in the series after their close win in Hamilton last weekend.

They’ll be without form batsmen, Martin Guptill, due to a hamstring injury from the last match and also pace bowler, Mitchell McClenaghan, after sustaining an injury at the bowling crease in the last game where he left the field early after not completing his over.

Hamish Rutherford comes in for cover for Guptill and Tim Southee is making a return to replace McClenaghan.

Conditions for the match are looking good with the game set to start at 2 o’clock this afternoon.

Overhead and it should be mostly sunny this afternoon but cloudy areas could develop this evening but with no threat of rain.

Temperatures are set to be in the mid twenties mid-afternoon but cooling off to the 18-20 degree range tonight.

Winds are expected to northeasterly breezes or sea breezes which will help cool off both players and spectators a little.