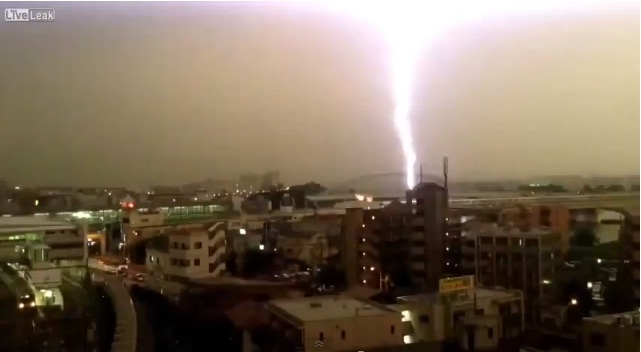 A commuter train in Odakyu has been caught on camera being struck by a bolt of lightning.

Just as the train began traversing the Tamagawa River, the body of water that separates Tokyo from Kanagawa Prefecture, the train takes a direct hit from a bolt of lightning.

The train itself is made of metal, but it didn’t help much that it was on a metallic railway bridge over a body of water.

Check it out below