Home > News > Spain: Check out this incredible near mi...

Spain: Check out this incredible near miss at Barcelona Airport! (VIDEO) 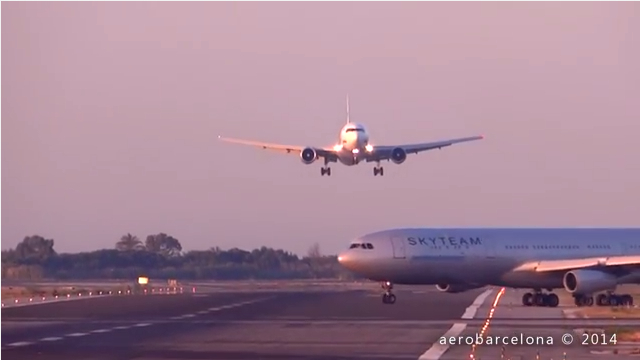 Yesterday, early in the morning…What you see is what happened.

An UTair Boeing 767-300 (VQ-BSX) incoming from Moscow as UT5187 and AerolÃ­neas Argentinas Airbus A340-300 (LV-FPV) were involved into what could have been the biggest disaster in Barcelona Airport’s history.

The Utair 767 was about to land on Runway 02 while the Argentinas was crossing the runway.

By the time the Russian pilots sighted Argentinas (they were taxiing to Holding point of RW25R for take-off) on the runway while they were on final approach, they did their best, making an impressive escape.

After the incident, the plane landed safely on runway 02, and the Argentinas took-off, heading towards Buenos Aires