Space travel on a budget (+Pics) 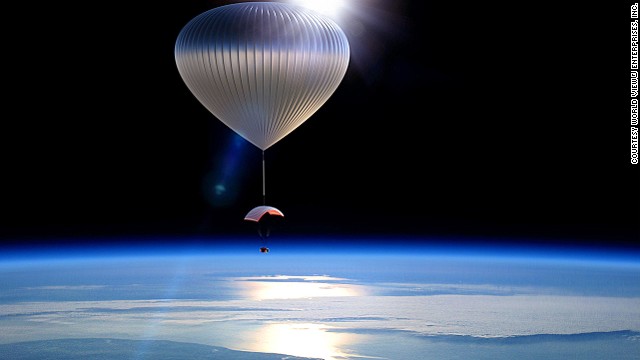 Want space travel but don’t have pockets deep enough for Richard Branson’s Virgin Galactic or the courage levels to match Felix Baumgartner, the daredevil space-jumper? A balloon trip to (almost) space and back might just be the answer.
Arizona-based space travel company World View Enterprises says it plans to offer a trip to the edge of space in a luxurious eight-seat capsule for $75,000 per ticket. 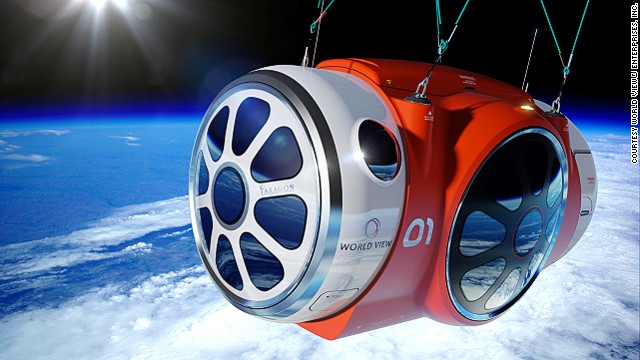 It’s somewhat more affordable considering Virgin Galactic charges $250,000, which also includes three days of training and two and a half hours in space.
The capsule will be lifted by a high altitude balloon that will rise up to about 30 kilometers (98,425 feet or almost 20 miles) and stay aloft for two hours before returning back to Earth, according to a company press statement.
Quiz: Do you have the smarts to be a space tourist?
That is not as high as Baumgartner’s jumping point (128,100 feet or around 39 kilometers) last year but much higher than one can usually reach — the average altitude for commercial flights is about nine or ten kilometers above ground, or 30,000 to 40,000 feet. 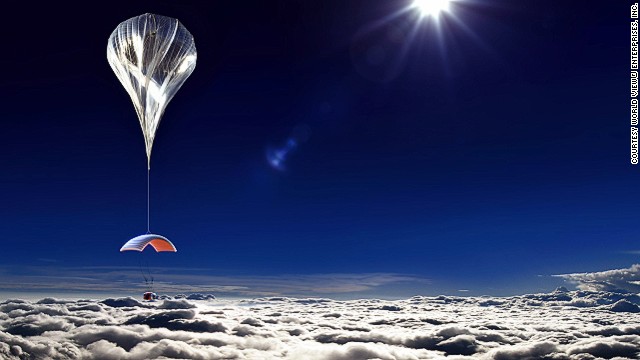 “Passengers will be among the few to have seen the curvature of the Earth with their own eyes,” the statement touted.
“They will be able to gaze at the astounding views, the blackness of space, the brilliance of stars and the thin veil of atmosphere enveloping our planet.”
The first flight is planned for 2016.
Component testing has already begun and sub-scale testing will soon be carried out as well, the company says.
The space capsule will be developed by Paragon Space Development Corporation, which is developing technology for Inspiration Mars, a 501-day mission around Mars.
– CNN