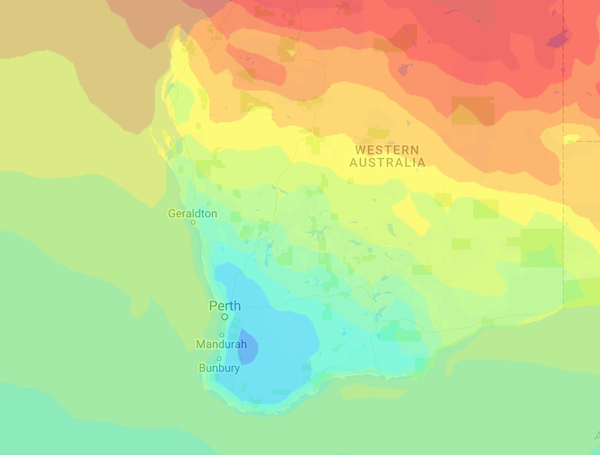 This has been fairly significant that over the last three weeks, where Perth has only seen two warmer-than-average nights. In contrast, there has been four nights at least four degrees below average.

Cold nights haven’t just been confined to Perth, with other locations in the region also experiencing unusually cold minimums. Wandering has dropped below one degree three times within a week, which is five degrees below the October average. A similar story can be found with Kalgoorlie, where there have been several nights that were at least six degrees below average.

Spring warmth is a recent arrival to southwestern Western Australia, raising the overnight temperatures into the low teens. Days have warmed up significantly as well – reaching the low 30’s.

However, the spring warmth won’t last, with temperatures forecast to drop again by the end of the week as a cold front moves through.

This however is likely to be the coldest it gets this year, with most models suggesting temperatures should begin to trend nearer to average from next week onwards.