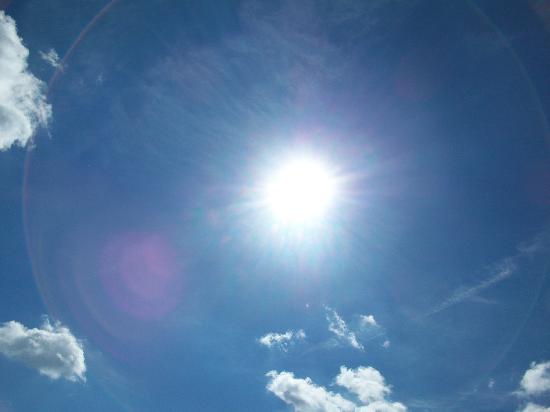 As we all know there’s a bit of healthy competition that takes place in some regions for the most sunshine each year and generally it goes to Nelson, Blenheim, Whakatane and with Tauranga sometimes hot on the heels of those 3 centres.

The least amount of sunshine in New Zealand goes to coastal regions such as Dunedin, South Otago and Southland where each year an average of approximately 1600-1800 hours takes place.
There is an increasing band of cloudiness that encroaches into these parts which limits the amount of sun.
So it may seem rather odd that Gore in Eastern Southland has recorded the most sunshine hours in one day.
The brown trout capital of the world set a New Zealand record of 15 hours over a 24 hour period with cloudless skies around the time of the longest day several years ago.

Now Gore also holds another record, the least amount of sunshine during a month of winter.
Gloomy skies reigned,(or should it be rained?) and only 37 hours of solar energy were recorded, so perhaps that balances things out a little for the southerners.
To give you an idea of how little sunlight that is, that’s just over one hour a day in a calendar month but Londoners might be able to relate to that, as that figure is basically an average during the depths of winter for the English Capital.
No wonder a few people have said that UK winter can be dull and it’s dark as you leave for work and still dark when you get home!

Gore is in north Southland not east as you refer to in the above article.

The Caltlins are in the east of Southland but there is no Gore there, as far as I know. Mind you there, the  Catlins would have a lot of cloudy days with the onshore influence of weather systems passing over the area.

Maybe you are refering to East Gore, just over the river???

I’m fairly sure that Invercargill holds the record for the lowest sunshine hours of 35.  Unsure of the year but it was a wee while back.   I’m sure that many people from Dunedin south leave home in the dark and get back in the dark too as it’s only a few degrees latitude away from London – happened in my time down south.   Or even those urban types up north packing in the hours in the office to suck up to the boss.