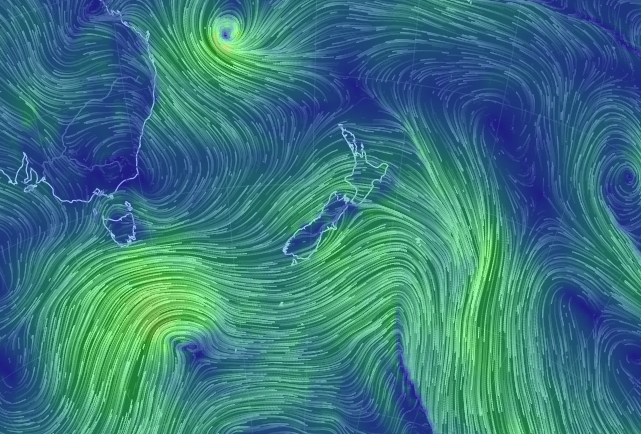 The situation is looking a little precarious in parts this week, as a storm system in the Southern Ocean looms on the horizon.

“The main theme of the next few days’ weather will be wind”, says WeatherWatch.co.nz Head Analyst Philip Duncan “as a storm system in the Southern Ocean brushes the country.”

The forecast team at WeatherWatch.co.nz is keeping a close eye on the storm as it passes us to the south, but according to Mr Duncan, the system will just brush the country, rather than hit it head on, and be gone as quickly as it came.

“This system makes the tropical storm sitting to our northwest look tiny by comparison”, he says, “and even though it won’t hit the country full on, some parts of the country will definitely see gale force winds – Dunedin, Wellington, inland Canterbury and Southland, to name a few.”

While a storm system may seem like good news for farmers currently struggling in extremely dry conditions, early signs are that there won’t be a lot of rain associated with it.

“The downside of a system like this is that the winds will be warm – and likely to dry out most of the rain – particularly in the east of the country.”

A high pressure system is waiting in the wings to take over after Waitangi Day and so the impact of this storm should be limited.

“Waitangi Day should be the end of this kind of weather, we’re going to see some places return to the hot, sunny pattern which has typified most of 2015.

“The second week of February is also shaping up to be a warm, dry one – so this system is the last of the unsettled weather before another calm, dry, spell” says Duncan.