Southern Ocean storm may affect our weather next week 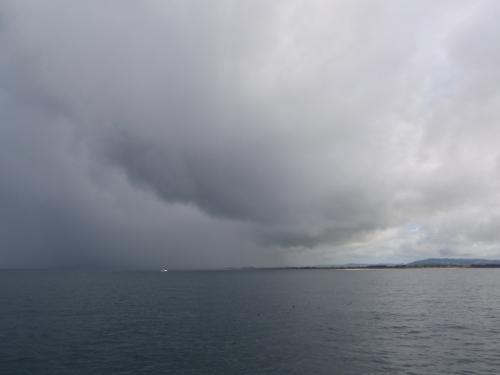 A very large storm well south of New Zealand may be big enough to disrupt the weather right across New Zealand late Sunday through to late Tuesday, reports WeatherWatch.co.nz.

Earlier in the week the long range computer models used by New Zealand weather forecasters showed a large high moving in from the Tasman Sea.  While that high is still in the forecast it is now being challenged by a very large low pressure system churning in the Southern Ocean.

The air pressure gradient between this deep low and the very strong high in the Tasman looks as though it will push a strong south westerly flow across New Zealand.

WeatherWatch.co.nz will watch the models closely and update you on the weekend forecast tomorrow from 5am.

Hi Deano, the latest models now show it will more likely be Mon/Tues – a bit of unfortunate timing with that news story going out!

The air pressure gradient between this deep low and the very strong high in the Tasman looks as though it will push a strong south westerly flow across New Zealand.
No doubt spring is not too far and spring often brings the worst weather of the entire year.