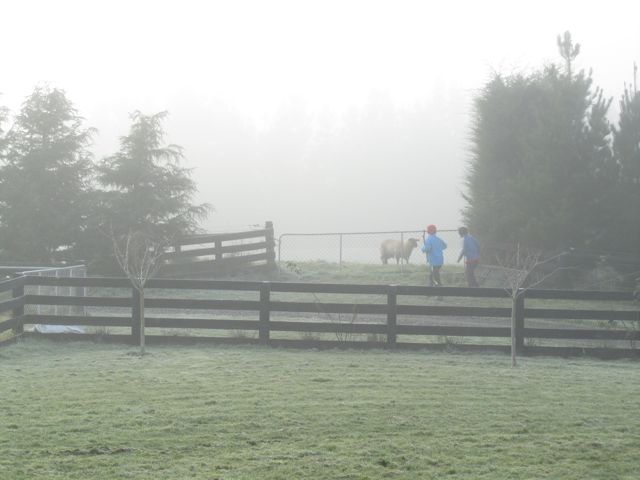 The southerly change moving up the country is certainly lacking in impetus and isn’t expected to deliver too much in the way of showers.

I’m a little confused by the southerly travelling up the country at present. Here in Aucks, ahead of the southerly, it’s around 9-10 degrees, yet in the wake of the southerly in Invercargill, it’s not really any colder, at 9 degrees. In Wellington, where the southerly is now hitting, it’s a reasonably “warm” 13 degrees, and that’s at 1:41am in July! Something doesn’t seem right.

If you trace the isobars behind the front/cold change you can see that it’s not a true southerly…the air is really only coming from the Southern Tasman Sea/bordering with the Southern Ocean. So that’s why we don’t expect much of a temperature change.

Presently the coldest spot in the country is Wanaka which is sitting just above freezing point and all of the nation is on the positive side of the ledger however the wind feels cool on the skin and although highs should reach double figures in most places, those areas exposed to the south may feel somewhat colder.

Tomorrow the wind should fade and most regions should see a sunny day with a crisp start.

Maybe in time for the rugby here? So far it’s blue skies and a S/SSW wind, but really a non-event at the moment.

Think it’ll be well and truly moving away by then to the east – looking good for tonight’s game!

It was nothing in Invers apart from rain but little wind – didn’t match the ‘forecast’ at all.

Not sure whose forecast you’re talking about but we never expected too much in Invers today apart from a few early showers and light winds from the south with clear or mostly skies by the end of the day.