Home > News > Southerlies, then westerlies – you...

Southerlies, then westerlies – your week ahead 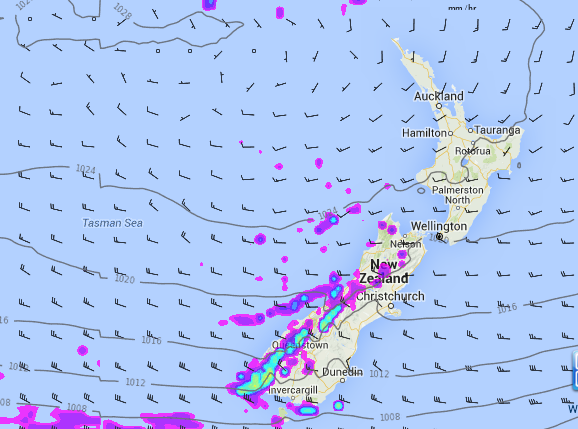 A cold front is moving up and across the country on Sunday bringing a burst of rain and showers, even into dry Canterbury in the east where areas of rain are currently moving northwards (while clearing from the south).

Isolated heavy downpours are possible as the front moves up and over the country today and tonight.

Behind it is a gusty south to south west change – but it’s short lived.

Monday morning may be a bit cooler in many regions – but the southerly change quickly turns back to nor’westers south of Wellington later on Monday, but not reaching Auckland until Wednesday.

Next week is generally dominated by westerlies for the lower two thirds of New Zealand while the upper part of the nation will see more high pressure and lighter winds, at least for the most part.

Most of the showers this week will be confined to the West Coast although every region may get a burst of brief rain or showers at some point – otherwise fairly dry.

Temperatures should be around average to slightly above average overall in most places this coming week.