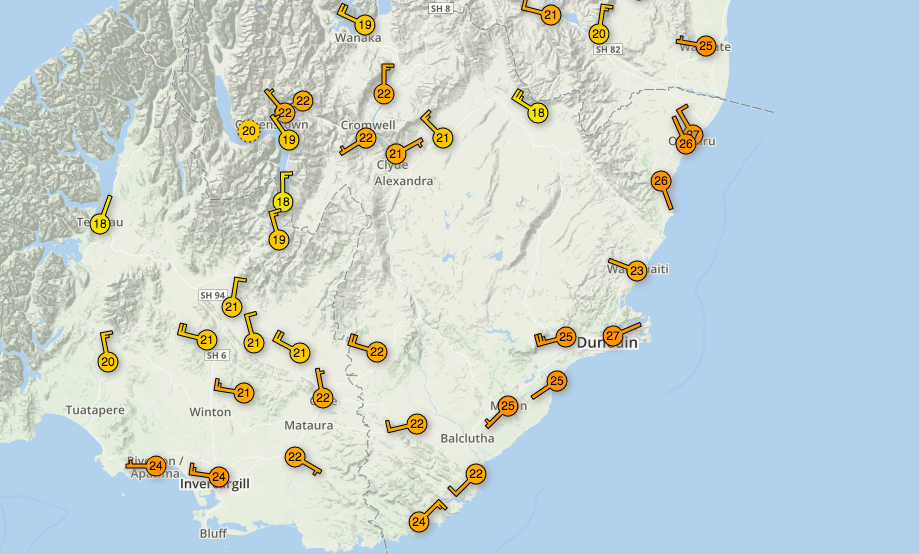 Updated 1:30pm — Temperatures are surging towards 30 degrees this afternoon for some pockets of the South Island as an airflow from the sub-tropics and Australia rushes over the southern part of New Zealand. Over the next 24 hours it will head northwards with eastern areas hottest.

Otago is the warmest this afternoon. As of 1:15pm parts of Otago were reaching 27 degrees.

Some parts of coastal Otago, like Dunedin, are between 23 and 27 degrees.

Last month WeatherWatch.co.nz exclusively predicted that October may see highs closer to 30 degrees if the Australian nor’westers continued, based on the fact the months of January to July were all warmer than average in New Zealand. The Australian nor’west flow is with us for Monday, Tuesday and to some degree Wednesday in the North Island and is why we’re seeing above average temperatures move in.

While the 30 degree mark may not be reached, it will certainly be close for some areas as the first hint of summer kicks in across today and tomorrow in the east and inland.

OBSERVATIONS AS OF 1:15pm 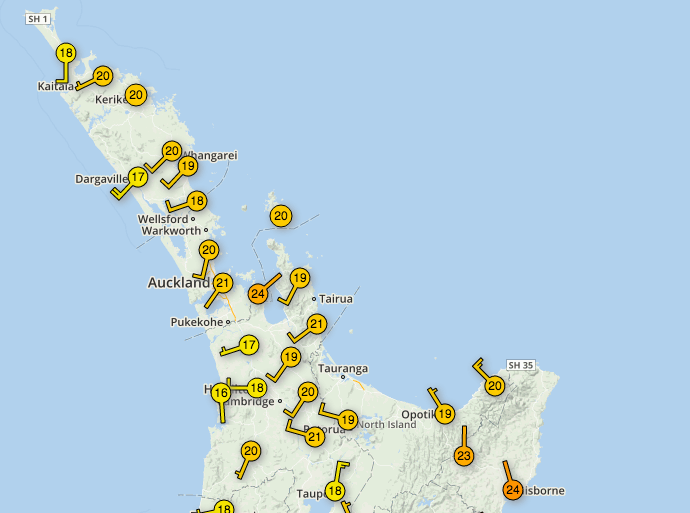 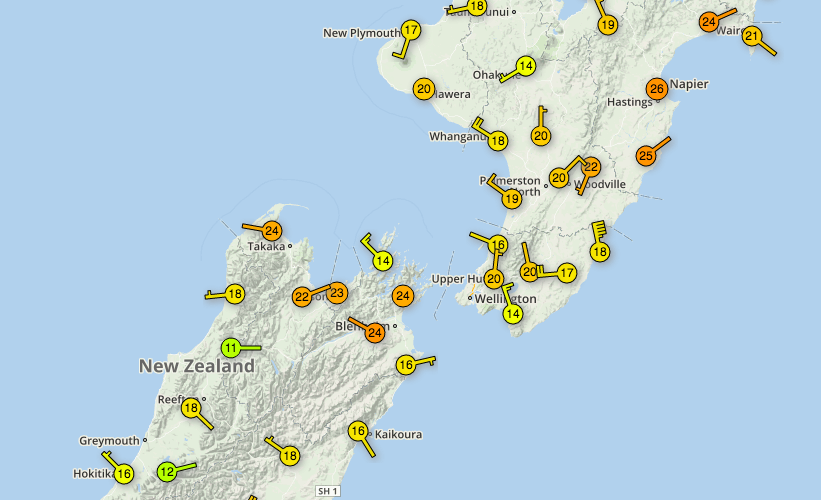 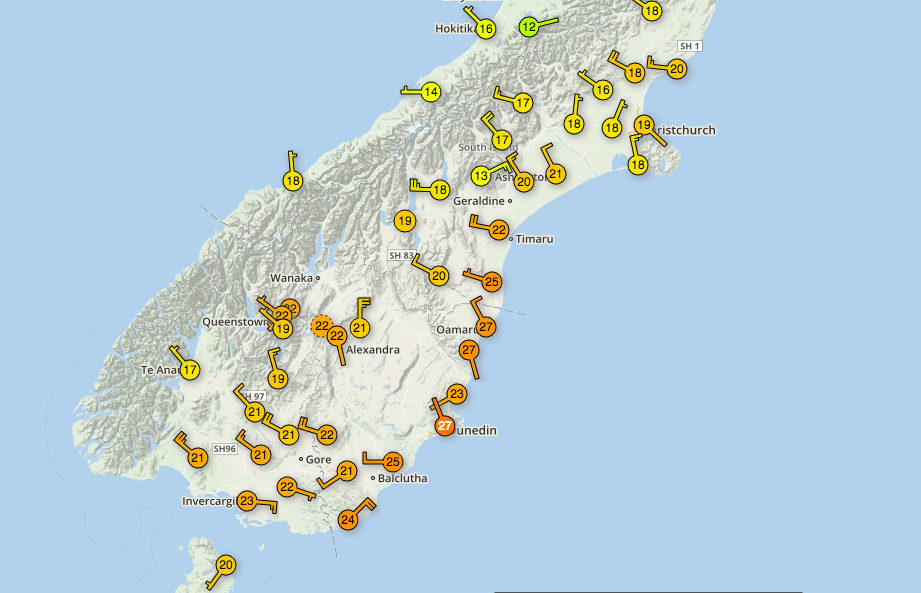