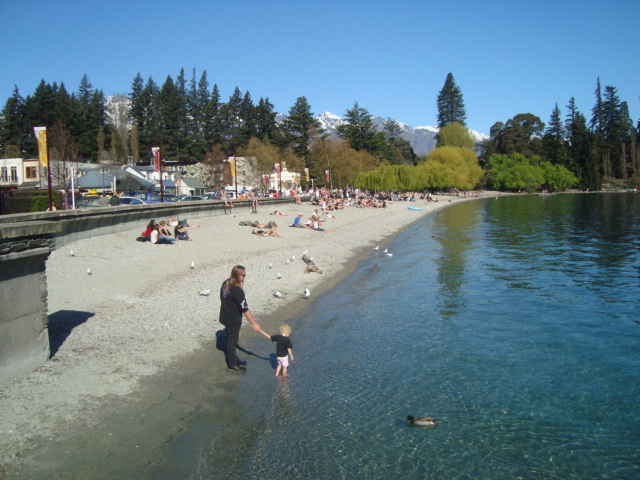 Summer may still be a month away but try telling that to folk living in Central Otago.  So far since Saturday Alexandra has taken the national high four times hitting 27 degrees three times and 26 once.

Other parts of the south have also enjoyed unseasonable warmth, including Queenstown and Invercargill, both centres reaching the low 20s a number of times in the past week.

Meanwhile the North Island has been struggling to even reach 20 degrees as slightly cooler easterlies affect a number of centres that frequently hit the 20s at this time of year.  Places like Napier, Hastings, Gisborne, Tauranga and Whangarei.

However the hot spell in the South Island is about to briefly end with a cold snap on the way.

WeatherWatch.co.nz predicts that snow will fall to a few hundred metres about Southland and Otago and wind chills will fall to the mid to low single digits as a wintry blast moves through on Friday.

The cold snap will then head into the North Island’s east coast on Saturday.

WeatherWatch.co.nz predicts Invercargill will struggle to climb over 11 degrees on Friday with other areas inland possibly failing to even reach double digits.

The wintry snap will be short lived, however, with another large high moving in by Sunday.  It’s possible there may be some light frosts returning to inland areas on Saturday or Sunday night in the lower South Island.