Home > News > South-eastern US on alert for tropical s...

South-eastern US on alert for tropical storm 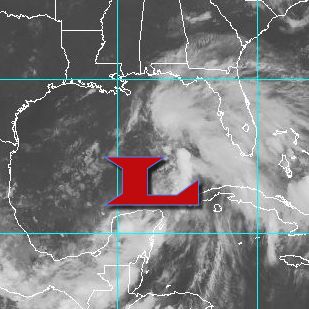 An area of low pressure in the Gulf of Mexico could become Tropical Storm Debby this weekend.

The fourth Atlantic storm of the year could pose a threat to all the gulf coast states, from Texas to Florida.  The country of Mexico is also watching how this potential storm develops.  But this all depends on which way she moves after becoming a tropical storm.

If Debby does develop, she could either get caught up in the upper level winds and get sheared apart whilst being sent east.  That would mean a weaker system.  The US states of Alabama and Florida would be affected.  Some east coast states could also get heavy rains, including North and South Carolina.

However, the storm could also head west.  That would take it toward Texas or Mexico.  If that happens, the storm would have a chance to intensify, possibly to hurricane strength.

As of early this afternoon NZ time (Friday night local time), the system was still just a large area of low pressure centred off the Yucatan Peninsula of Mexico.  However, the circulation is getting better and the pressure is dropping.  So, it still looks like this could develop into Tropical Storm Debbie before the weekend is out.